It was a day of river crossings, thankfully it was just above ankle deep, first we started to remove our boots and used our plastic shoes but after a while, we both got tired of that and just crossed, now with wet socks but happy not having to spend ten minutes at each crossing changing shoes we carried on at a good pace. The walk today was present enough and the weather was doing what it wasn’t forecasted to do and that was rain. 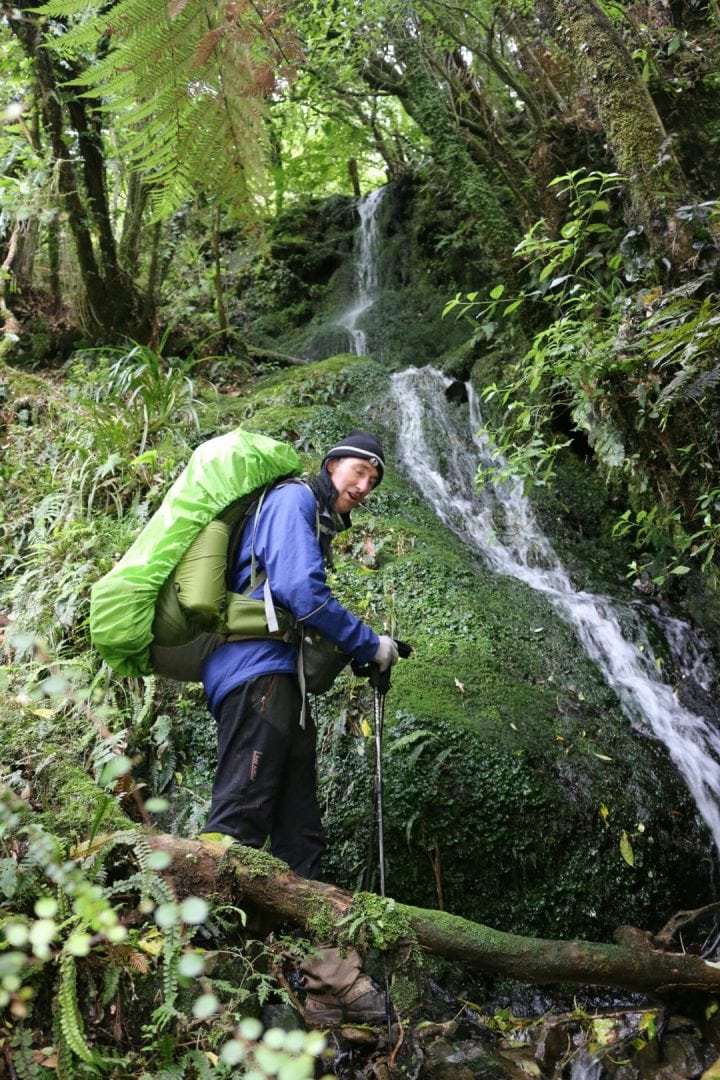 Eunhwa slowed down to a snail pace, her knee what giving her problems, at one point tears came out and as we were in the middle of nowere, I was concerned how we would proceed. But she pushed on working through the discomfort and eventually the pain disappeared. Then it was her feet archers that were giving her problems, this has come up a couple of times in the past and i think she needs new walking boots, we have some back in Christchurch and I already have told my mother to bring them up when she meets us on the track in the south island, so at lest Eunhwa will have the option to change boots or not. 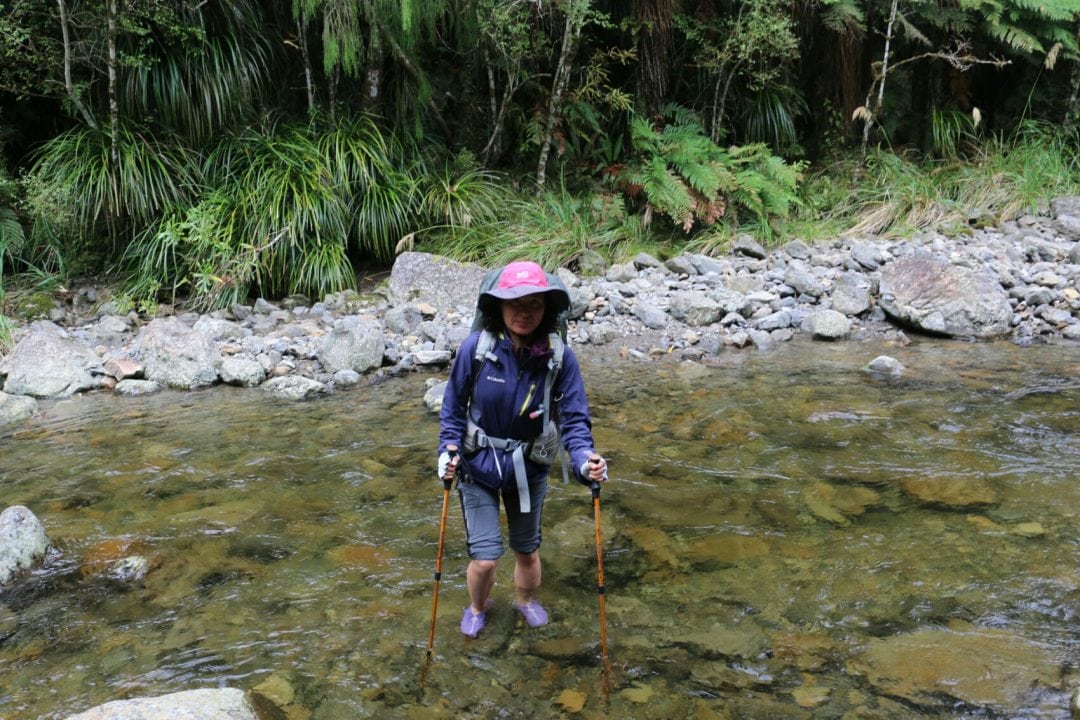 Then at about 6:30, time to find a place to camp for the night, Eunhwa wanted to stop and cook up some two minutes noodles, what? I said, yep, stop every thing and start the cooker and cook noodles.

Well i didn’t like the idea and on this accution  , I had won the argument saying that to cook the noodle it would take 45 minutes and by that’s time, we should be able to find a spot to call him for the night.

Sure enough, 20 minutes latter we found this spot above a dam at a reservoir, a bit windy but it will do for our tired body’s and a place to cook noodles