The Hilton of all huts

Great 20 bed hut at Hampton three rooms two of them for sleeping and the other was kitchen/dining area. There was no pressure this morning to get going and with someone getting up early this morning lighting the fire, the place was nice and cozy with little incentive to exit onto the trail.

We finally got going at 8am, saying goodbye to the warmth of the hut that I haven’t experienced for such a long time as other huts either didn’t have a fire place or just no firewood and rain preventing me to seek out wood.

Tony was a head of me as I went back to the hut just to make sure I hadn’t left anything behind.
As I got to the junction where we continue down stream, tony had taken the wrong turn and went across the river using the bridge.
I carried on after giving him a call where he soon caught up. but I had to run back to take some photos 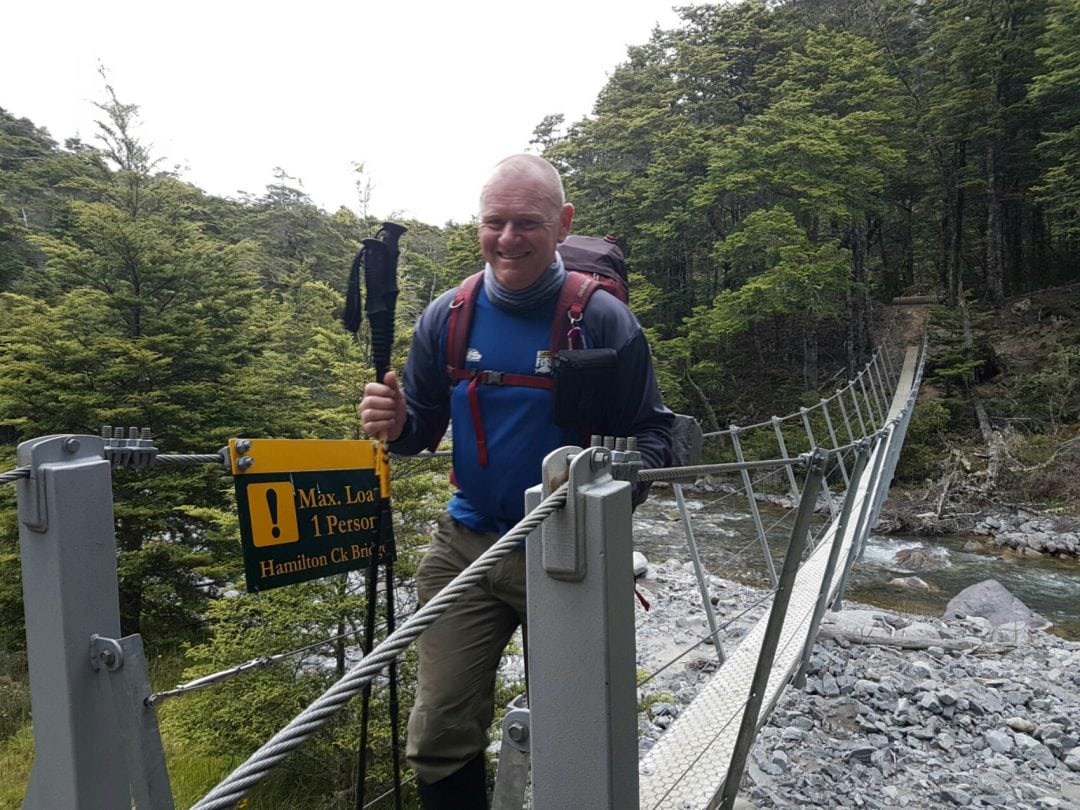 Crossed the river many times with ease with the blue sky above . 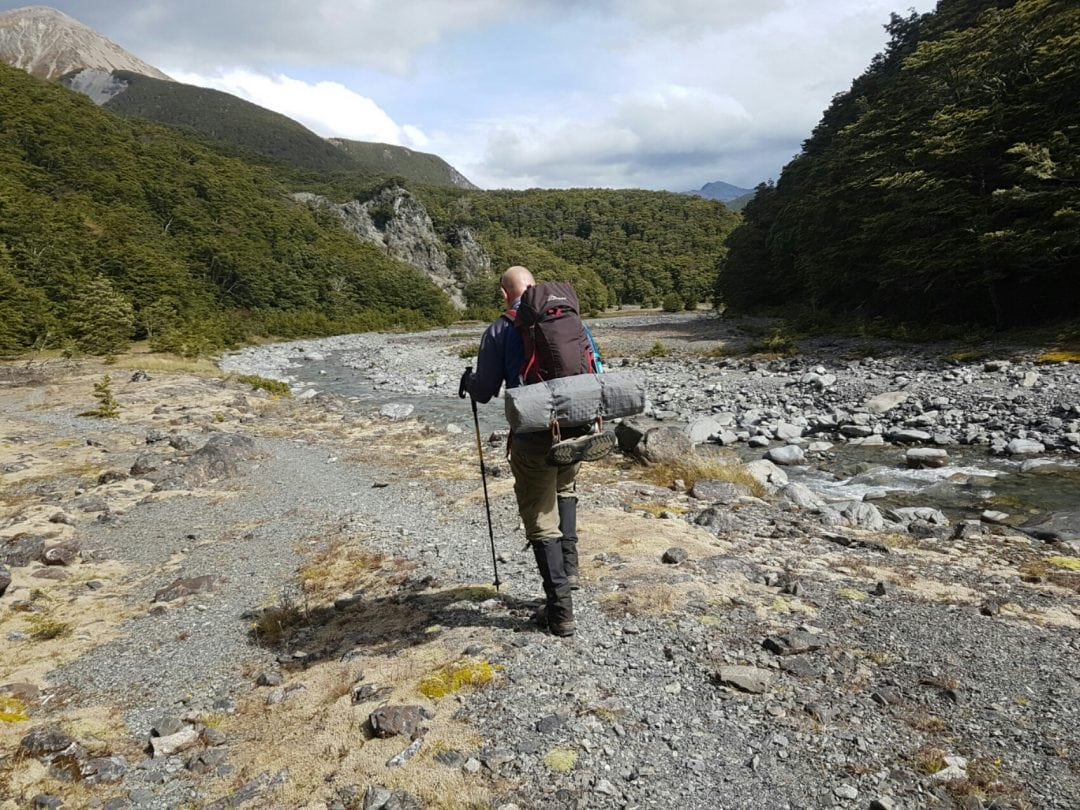 It was good to finally catch up with packman (his trail name) and his girlfriend and the American, Ken, after a week following them with only 3-4 hours behind them all the time or one hut behind. 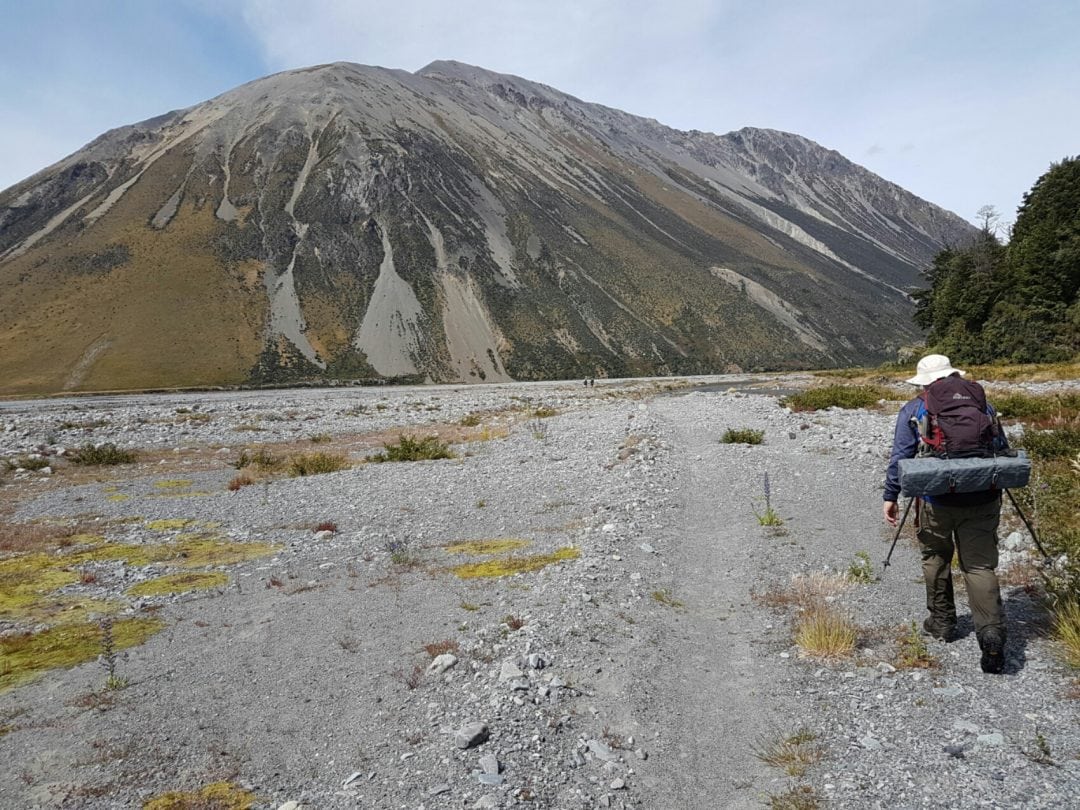 Tony did well today considering he isn’t trained up to do the walks we are doing and to my surprise we made it you Hamilton hut which was a 7 hours hike starting at 1 in the afternoon. And now today he did 30km which also surprised me, but towards the end, the rest breaks became more frequent and his ankle became sore, but resting them in the cold river did wanders. 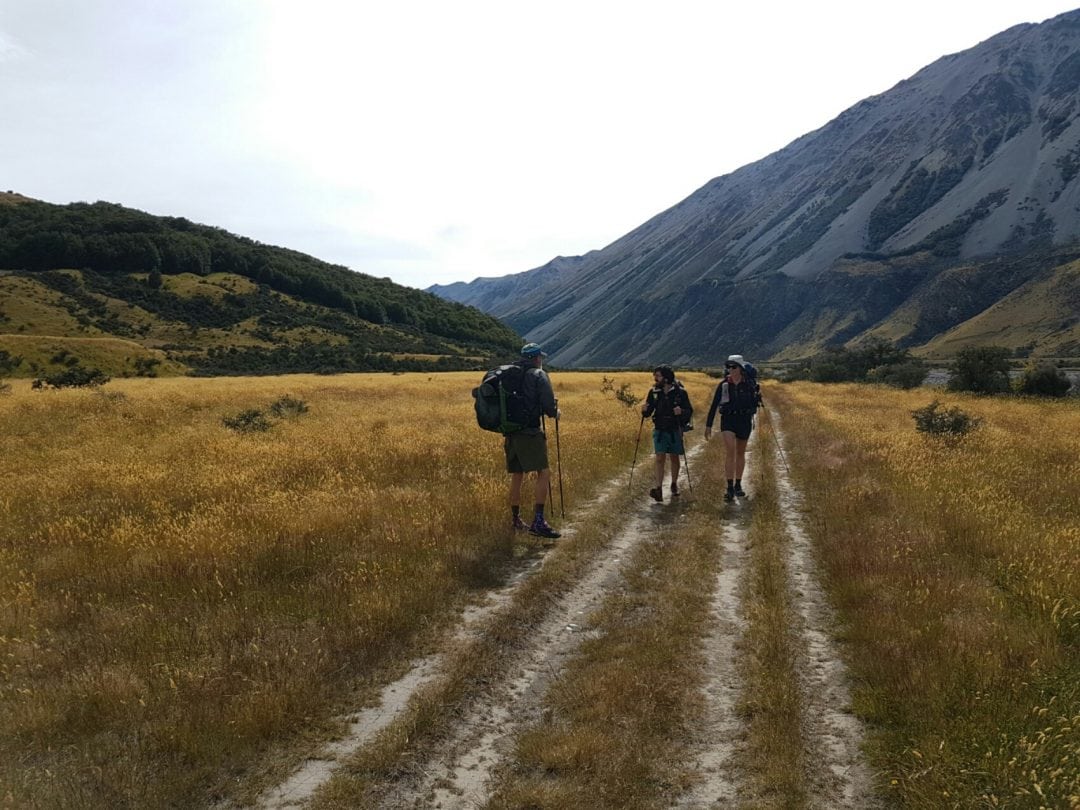 So now we are camped along side a nice stream, had dinner and now at 7 in the evening, we are both looking tired and ready for sleep.