Late sleep in this morning, I wish I could have anyway  as I wake up the usual time of about 5:30 with the kia birds making a racket of a noise outside the window.

It was nice to casually make my way to the cafe across the road and for breakfast I had a cup of flatwhite coffee, a pie and a banana.

Finished packing my gear while I waited for the charger to make my phone battery 100% and not long after that Tony, Brenda and Jomara turned up. So once again I had coffee while the rest had breakfast. 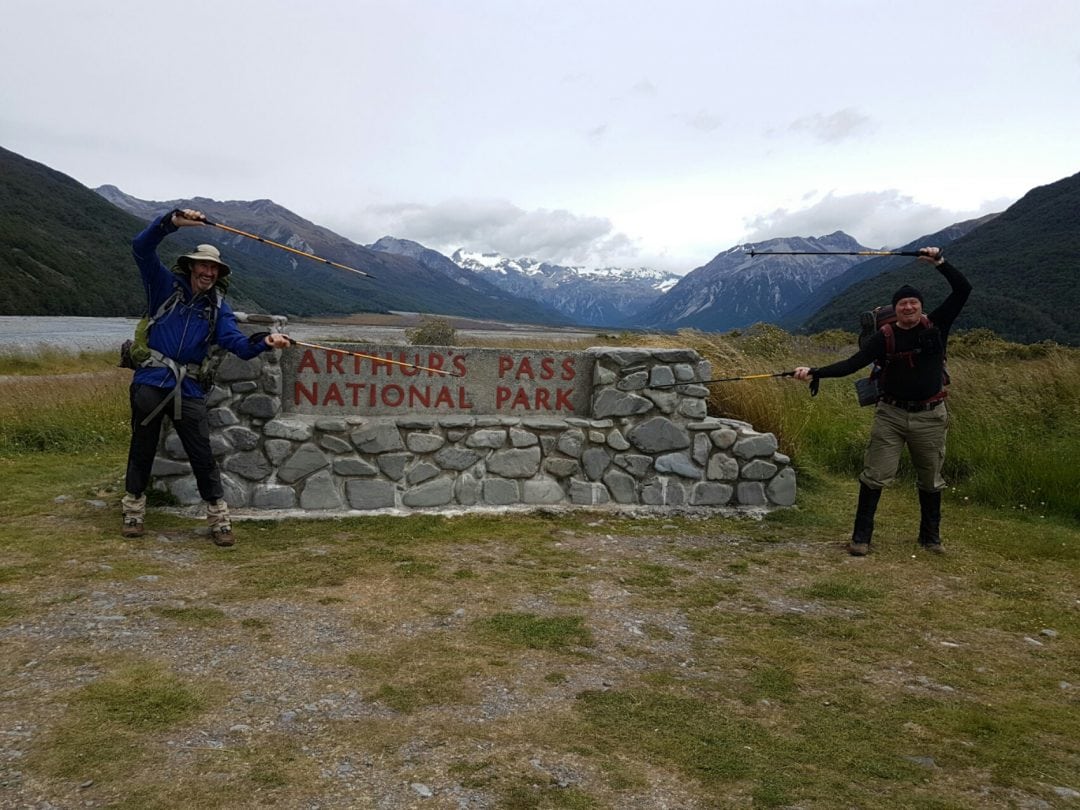 We almost started at the wrong spot, lucky I checked the GPS before Brenda drove off, so we piled back into the card and drove another 5 kms down the road and did the same thing, but this time either confidence that we were heading in the right direction So we started just before 1pm, with Tony hiking with me, I made sure I stayed behind him so as not to race ahead and put pressure on him to walk faster. 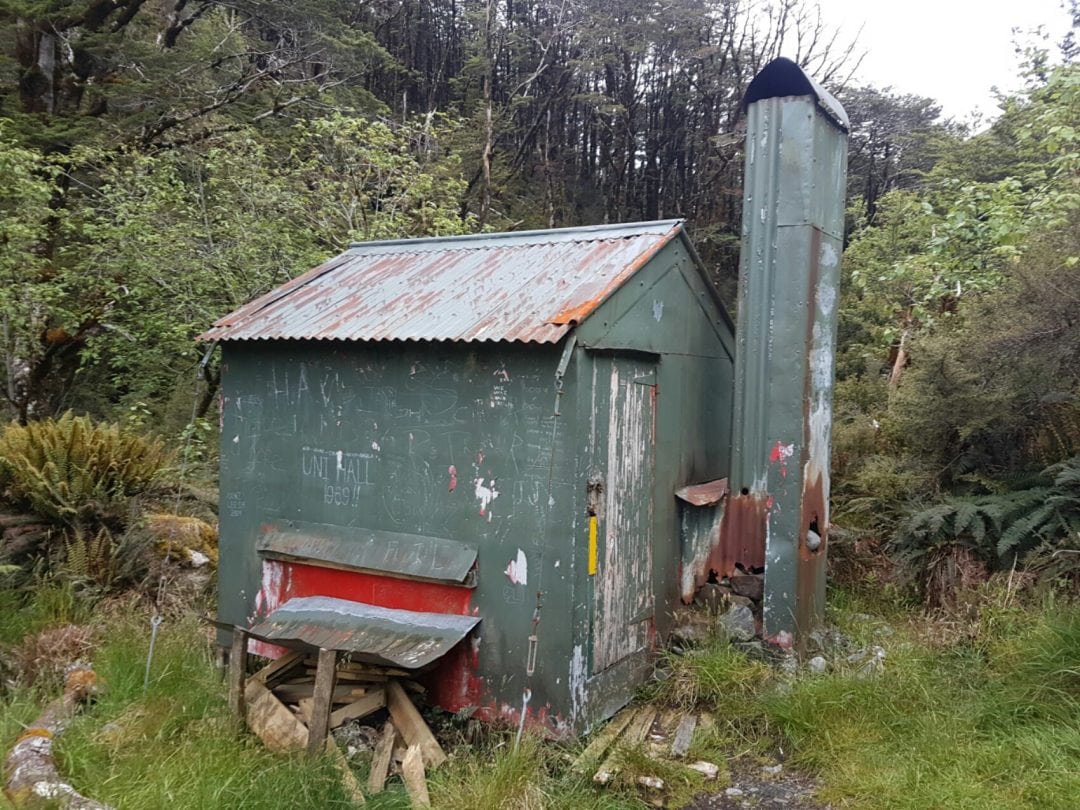 Tony was making good time, our plan to stay at one of the huts went out the window as the first hut, it was much to early in the day, second hut West Harper Hut, with its dirt floor and canvas bunks, old built in 1956 and had thousands of sandflies wasn’t attractive at all. At the time there were two young French girls in the hut with the fire burning. We made it to Hamilton hut