Rain while setting up tent

Second  breakfast  was at Boundary  Hut, no water  as it’s been turned off for the winter in the event  of the pipes freezing up. 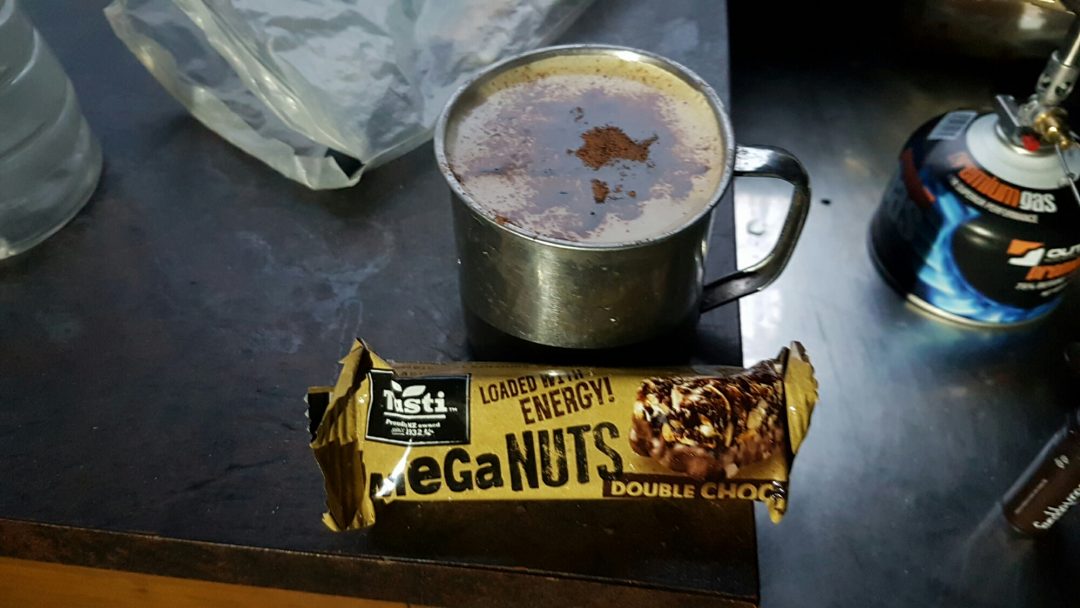 Going was easy to get to this hut, going through a few mush lands with sinking  up to near my knees at times but now we are following a 4WD track. Charwara  river crossings all were told to be difficult but when you come to them, it’s just a easy step over. After travelling through farm land along the 4WD track which most was easy going, we came to Mavora Lakes Camping Area.  Surprisingly there were a lot of campers but we carried on crossing the Mararoa River via a swingbridge. From here for the next 3 hours the walk running parallel with the river was really plesent even under the gray clouds that provided a constant drizzle.  At this rate, I felt I could go on for a couple of more hours, the path was really soft  with moss and dead leaves and the cover of the trees protecting us from the rain.
Come 5:30 we were about three kms from the third bridge,  Kiwi Burn swing-bridge were we had planned  to camp for the night as 41kms for the day was enough.  But at that time  the sky opened up and while we were in the open, we got drenched  and this continued till after I had set up my tent. Some of the mud I had to hike through

This time I tried to sent up the tent by fitting the outer shell  first with the theory that I’d then fit the inner-shell  so that everything keeped dry.

Well it kind of worked, but I took a lot of time getting the outer shell fitted and I myself was getting even wetter. Maybe more practice  is required.