Camped last night as the hut was full and thankfully  it was a dry night but a little cold for me, but I sleeped  through out night until I heard Ken get up at 4:30. One hour latter we both decided  to pack up and get an early start as the weather report said that there was to be rain starting at 2pm so at 6:20 we started the big climb. In an hour we made it to the first of the three saddles  we need to do today, it’s supposed  to rain at about 2pm today but looking from the top of this Saddle, Jake  Hall’s Saddle  (1275msl) there wasn’t in the much in the way of rain clouds, fingers  crossed. 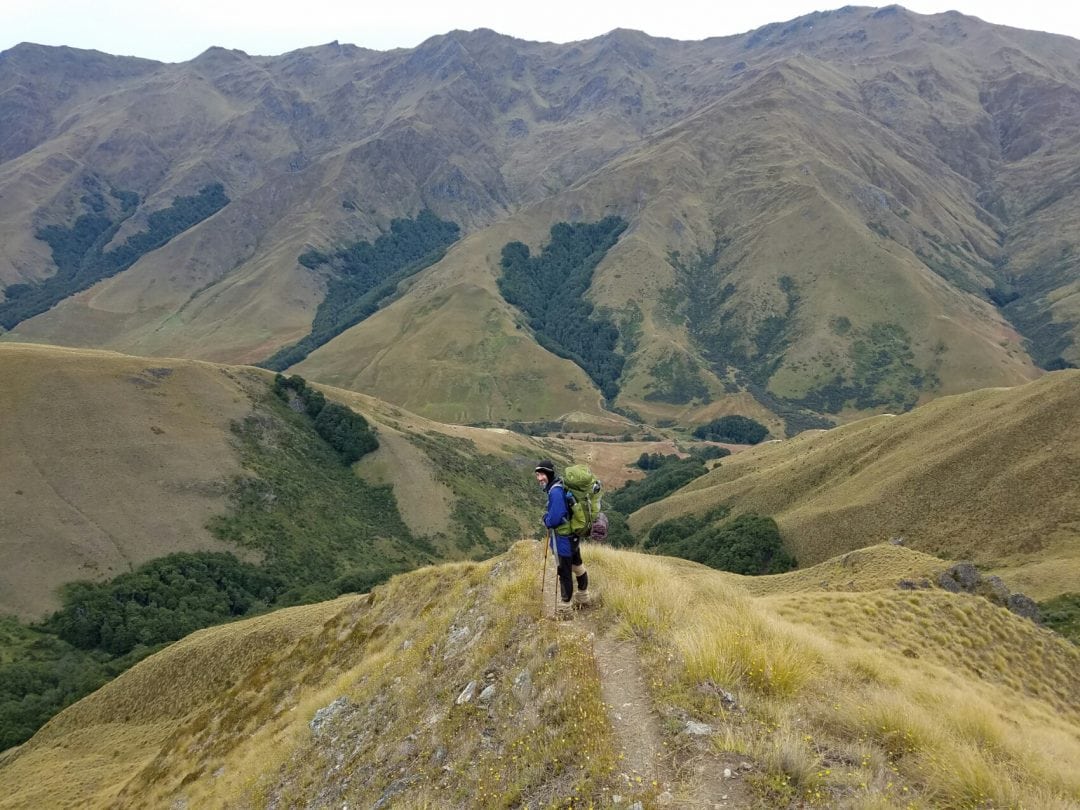 Breakfast  was at Highland Creek hut, the climb down from the saddle was about 400 metres more than we climb this morning. The walk was through tussock grasslands on a well defined track which day hikers  use Roses Hut we stopped for a late lunch, nice tidy hut and if the time was closer to our stop for the day time it would have been an ideal place. It was about  2 and down came the rain, just a drizzle  again first so we geared up with our weather paints and my usless jacket and attacked the last saddle  for the day, Ken was slow as I powered ahead until a woman hiker passed me, the benefits of just having a light day bag opposed to my heavy  bag.

Had a wrap for lunch with seeds such as sunflowers  I think and cheese with tuna. This is what I  knotice  gives me plenty of energy  to carry of for the afternoon and after having if now for a number of months, I still like them.

Macetown, there is really nothing there, just a free camp ground. Back in the 18 hundreds  it was a town but with all the gold now gone so to the general  population  which is now zero. 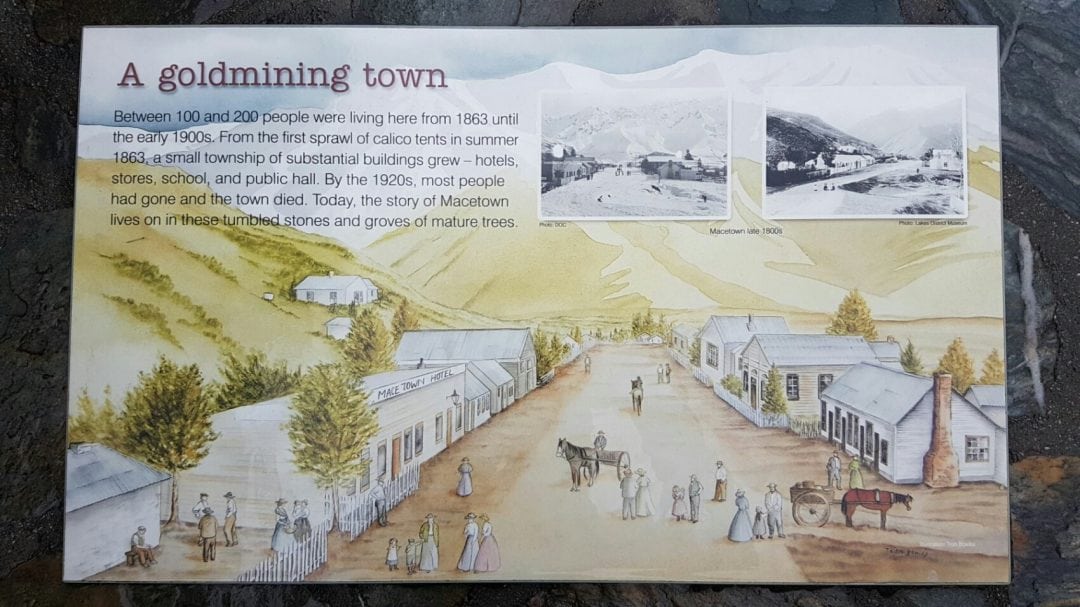 Getting  here wasn’t every exciting , we came down the hill right to the main Arrow river, we had  two options, walk on the flood line track which is usually difficult  or walk in the river which requires constantly  crossing. We did the latter and after the first couple of river crossings  our feet became very cold and with the constant rain and with my rain jacket  not really  effective, I was getting wet to my skin. Finally made it to Macetown, took the wrong turn at first but made it to the camp with a historical  restored building which was a stone building that was once a bakery. Thank fully it wasn’t locked as tented wasn’t a pleasant  thought  in this rain.

But some idiot lit a fire in the fireplace  then realised that the chimney  was blocked and when I opened  the door, all there was, smoke and it poured out while I held the door open with my walking stick.

The culprit of the fire was obviously a TA hiker as he had left behind his camera probable because it was so smokey  for him to see anything. Not far from the building is a sole tent so before leaving in the morning I’ll see if it’s his.

So for the next half hour, after putting out the fire, I fanned  the smoke out of the small room with my sleeping  mat which did the job and with the smoke gone, the stone building with the uneven stone floor was our home for the cold night.