Started at Upper Traverse hut at 6:30am

I left the hut after a broken nights sleep with the person  next to me snoring, just above  his head was a window  so I opened that to let the cold air in, surprisingly  it works for a while  and there was silence. The hut was one of the largest I’ve come across. I walked in last night with my backpack on and boots and before i could take  another step, two couples of Chinese  pointed at my boots and said something  I couldn’t  understand. But I knew what they were getting at and I put up my hands and said ok , ok.

Mist covered  the Traverse crossing so I missed out on any views, it was hard work for me today with my knee. This slowed me down a lot so I was unable to keep up with Ken.

The plan was to have an easy day and stay at the “Blue Lake hut” but when I got there at 1pm, the sun was still high is the sky with blue sky and I still had plenty of energy to carry on for the day.
I took one look inside of the hut and sore that the hut was full, after last night with the crowds from the previous hut, I thought it best to move on. Having a tent with great weather, I prefer my own company camping next to a stream than a crowded hut with a bunch of snorers. A small group I can handle but when there’s like over 20 people in one hut like last night, no thanks, 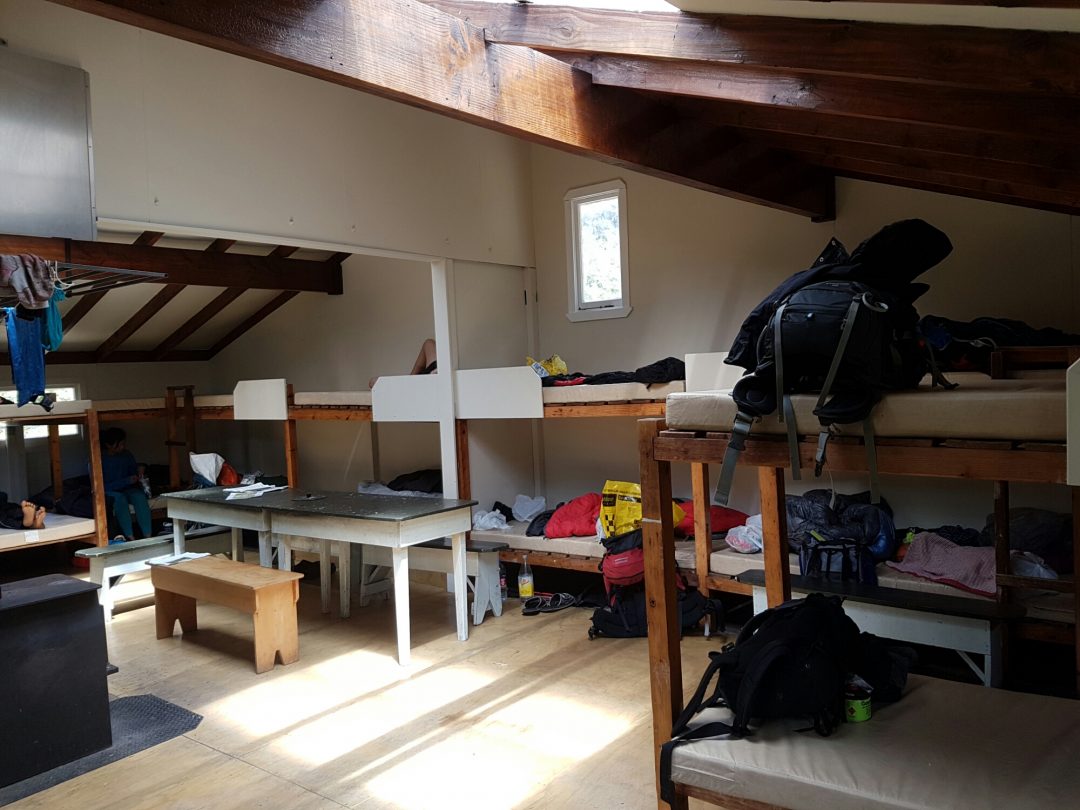 So after a little meal of salmon on bread with cheese and a visit to the lake itself, I started to make my way to the Waiau Pass.

The going was difficult, it’s the most difficult  climb I’ve done so far. But the views are just amazing. It’s a long day, first I climbed  the Travers Saddle (1787m) then back down the valley floor then if that wasn’t enough.  Waiau Pass which is something like 1,800m and it was definitely one of Te Araroa highlights. The climb up the Waiau Pass wasn’t easy, there wasn’t much in the way of a track, sure there were orange markers along the way, but it was a vertical climb, straight up while trying to find the markers along the way.  It took a long time to get to the top and finally wen I got there i was rewardded with great views and snow.

What a great day, the weather has been on my side and the 4 o’clock rain that was supposedly should be here, didn’t happen. Now I’m resting at the Y junction when at 8pm I set up tent .