Knee pain, I give up

I woke up early, looked outside and all I could see was blue sky.  I didn’t want to waist a moment in case the weather turned to the worst so by 6:30 I was climbing the hill to get myself back on the track that I left yesterday which took half an hour to climb the 200 meters. 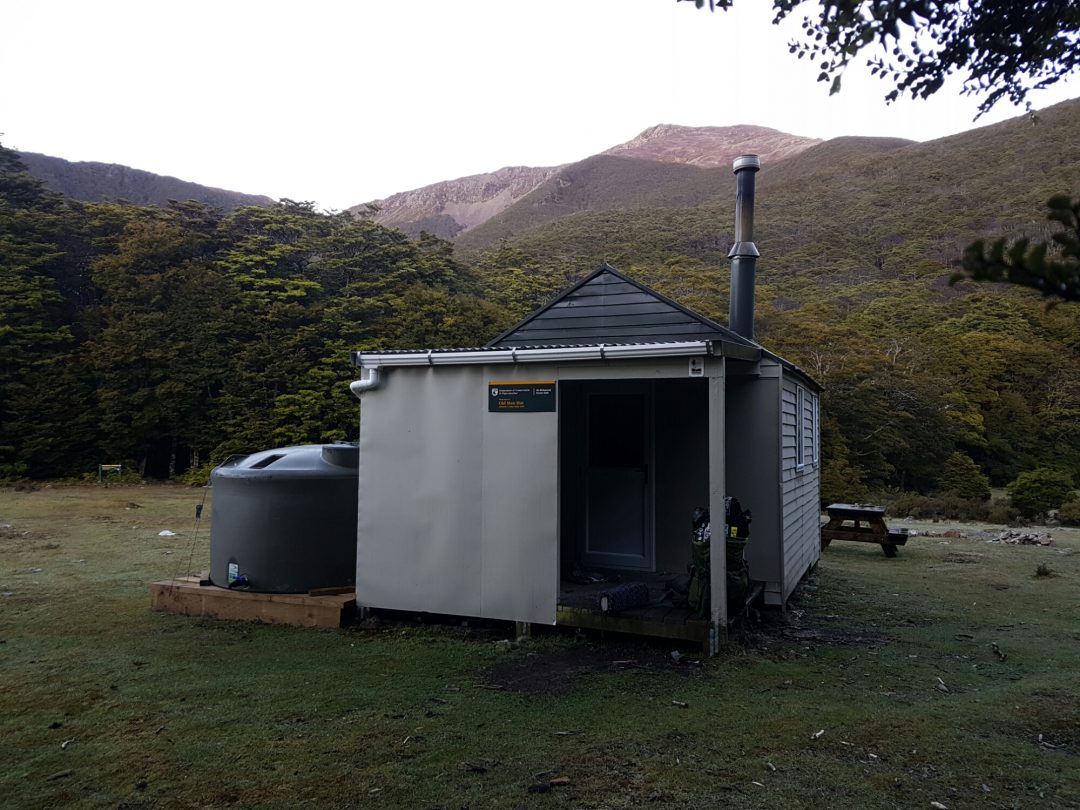 The five hours to the next hut was very difficult,  being exposed on the ridge line and at times there were vertical drops on each side of the track, I was thankful that I had made the right decision yesterday and go no further. 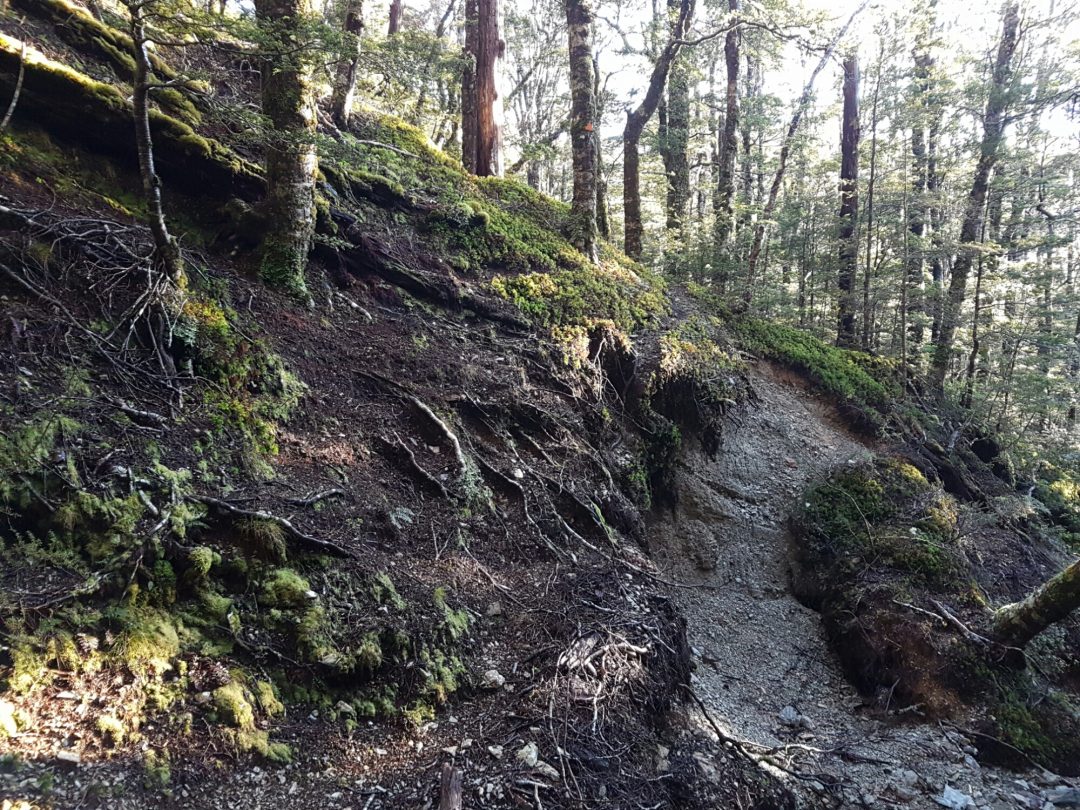 Leaving Old Man hut to get back on the trail

After the climb up to the 1,731m Mount Rintoul, I was rewarded with a 360 degree view  and most of the sky being cloudless.  I took a few photo opportunities which took a couple of attempts as the camera, my S7 phone, kept falling over. 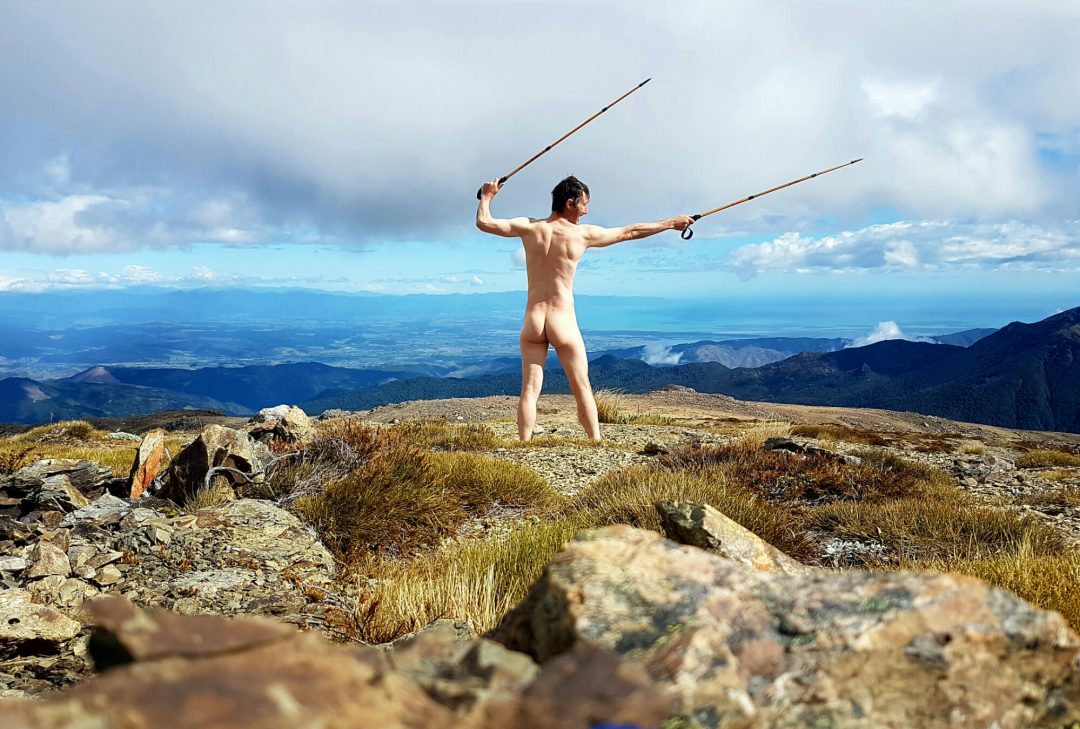 As you can see, Blue skies and views for miles

My right leg was giving me some pain, I really didn’t  know the location of the pain but it seemed to be a running down below my knee on the outside.  A couple of times I had almost collapse with pain and with so much downhill walking to do in one day I was at a loss of what to do.  So I had no option but to keep moving. 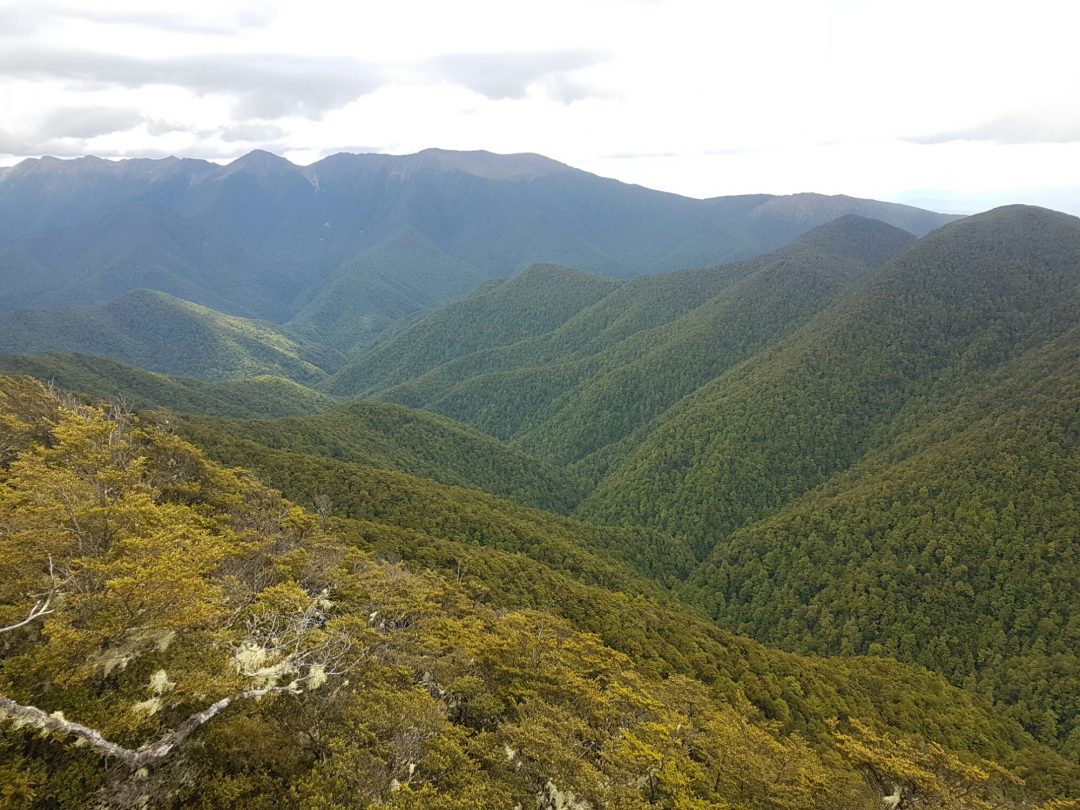 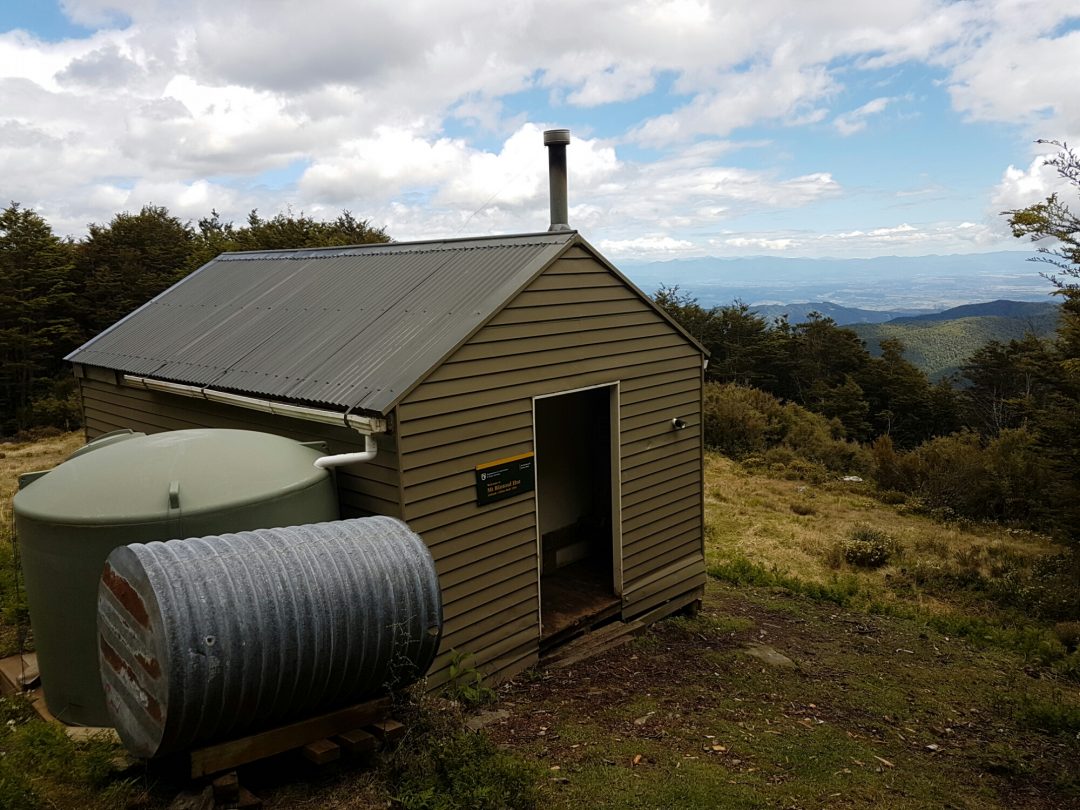 I arrived at Rintoul hut with no one there except four wild goats that were feeding on the lush green grass that didn’t really take too much notice of me and just wandered off into the bushes.  After having an early lunch and as I was about to leave, Ken with a couple of other TA hikers arrived.  Their plan was to stay at the next hut for the night (Tarn hut) but as I finally arrived, I could see the large lake through the trees.   After checking out the hut and leaving a note for the hikers that were behind me, “I smell pizza, burgers and fries at the next hut”.  I walked 20 meters to the lake edge, it was more of a water catchment area with dead trees , vegetation  decaying and making the water a bit smelly.

At 3 o’clock I was a little tired but I push myself on as I had a schedule to meet and that was to meet tony at St Arnaud on the 26th.

An hour before reaching my home for the night (Mid Wairoa Hut) my knee gave way and I was in extreme pain.  The pain now moved to the outer side of my knee and I just sat there for 10 minutes almost in tears and wanting to just leave the trail and never return.  If I could have, I would have, but I was in the middle of the Richmond Ranges and it would have taken a couple of days to hit the main road.   I think I had pushed myself to much today and in hind sight I should have stayed in the previous hut and rested after the big descent I had done.

I know what my knee problem was, it’s a IT band where a lot of runners suffer from and the only way to rehab yourself is to do stretchers and I haven’t done any of that for over a couple of months whereas when I was in Thailand I would do stretchers for 50 minutes every day to fix the problem.

The hut I called home for the night was  Mid Wairoa Hut which was similar to the others with five bunks but no water tank.  There was an open fire place but the weather was warm so I just did my cooking and with only myself in the hut, I had a peaceful night sleep with no other snores. 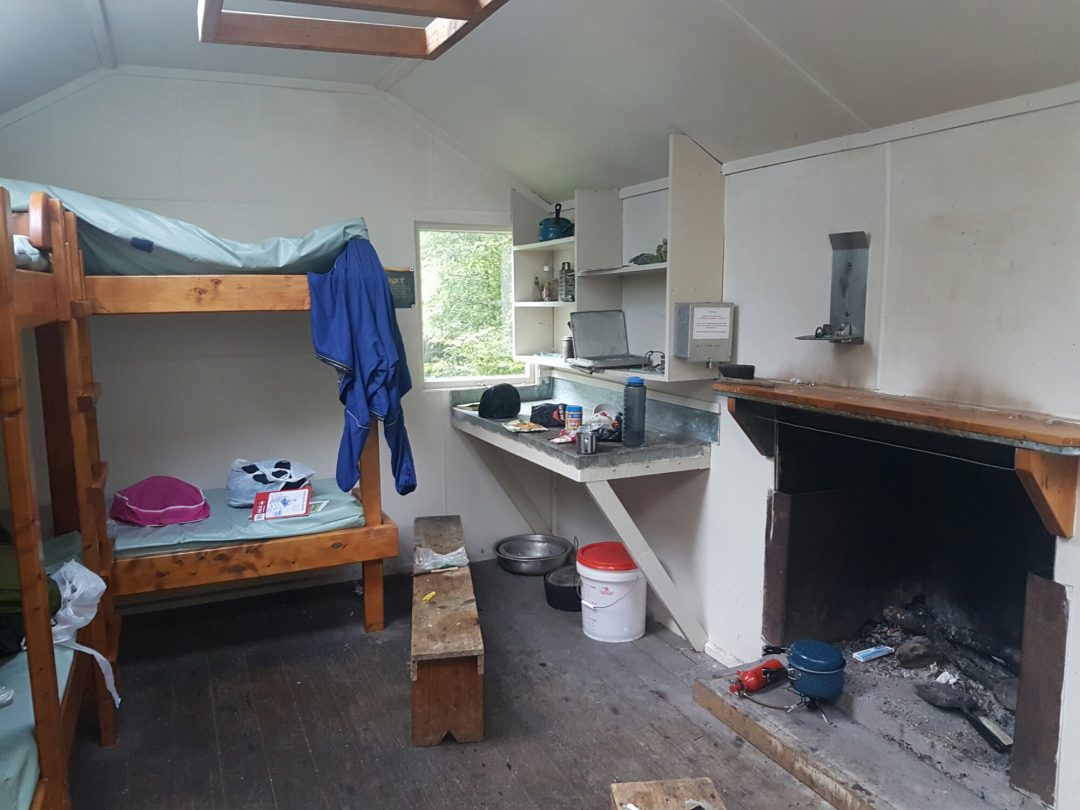 Basic but kept  me dry during the evening rain