Peaceful sleep last night with the tent on the soft grass and its going to be an easy 20km walk to the Holiday Park.  Started without breakfast, even no coffee as I had no water until two hours later I found a stream and then a picnic table that had my name all-over it.  I claimed this spot for the next hour as it gave me the best views of the bay and I just didn’t want to move as the sun was so nice.

Passed a few cyclists, one in particular was very nervous which I gave a wide berth, the track was is good condition and as I walked closer to the end point of the trail, it became wider with more people using it. 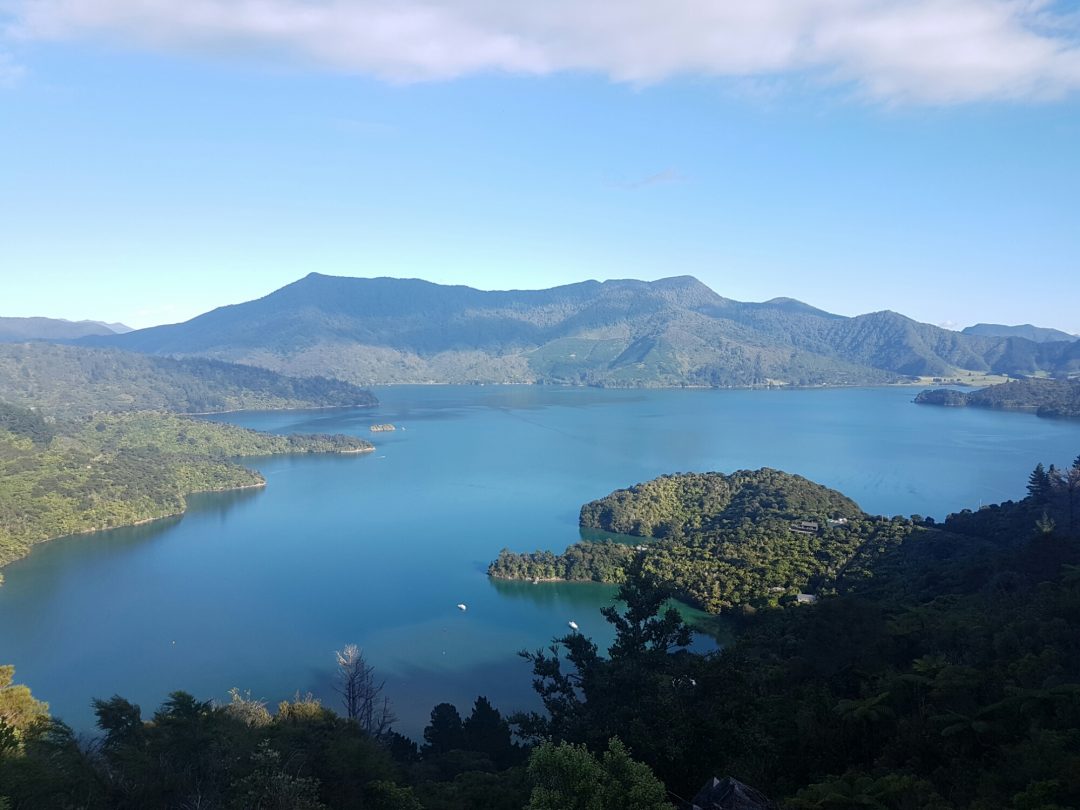 To do this Queen Charlotte track, you need a three day pas costing 18 dollars. From the information I could see, the land owners have got together and put a charge of the use of their land so walkers like me and use it.  Obviously a lot of people use the track and there needs to be maintenance of the path along the way and to establish picnic tables, other than that, I see DOC looking after the camping sites with volunteers taking payments.  I was thinking that this system doesn’t catch on as there are a lot of other private lands I crossed in order to do the Te Araroa and if the land owners start charging for that, it’s going to be expensive in the future.

I could have purchased a one day pass and I’m sure it would have done the segment where it’s required to carry the pass. It seems that the pass isn’t required for the total length of the track just a section of about 20-25km which can easily be achieved in one day.

I made it to Smith farm Holiday park, with only half an hour rain for the day which made me very happy. Reaching the reception office, a chicken was resting on the door mate and I had to move it on before I entered.   Being a TA walker, the Camp site gave me a special gift, two hot banana muffins and a nice large white fluffy towel.

Tomorrow morning my mother is planning to arrive and pick me up in their motor home where I’ll spend some time with mother and David visiting the sights from Picton to Havelock.