Some how I have lost a couple of days of blog, but basically Eunhwa had really sore feet and we once again called Anna-Marie and she come down and picked us once we exited the national park. we stayed at her place for a couple of days then made our way to Wellington to start our next segment, The South island

Anna-Marie was kind enough to give us a lift to the Levin train station which will take us straight down to Wellington.  After a couple of station stops we passed the point where Anna-Marie came down and picked us up only a few days ago as we exited out of Tararua Range to head toward Waikanae.  Those four days were challenging, fortunately the sun was out most of the time which made the climb to the high rangers more enjoyable.  We knew the window of opportunity was fast closing with the forecast rains that were on its way.  Because of this, we pushed ourselves that extra hard and on average we did 10-11 hours per day. But now we are in Wellington, silly me, I had forgotten my walking sticks back in Levin and I only relised this when I got off the train. Panic, panic, but again Anna-Marie came to the rescue and expressed posted them to the depo in Wellington and at 4pm I had then back.

As we arrived into wellington at 9am, we had plenty of time to see the major sites.  First was breakfast in the city center and then a visit to Te PuPu which is the main museum.  I had visited it about 5 years back and enjoyed it so naturally another visit with Eunhwa was a must. 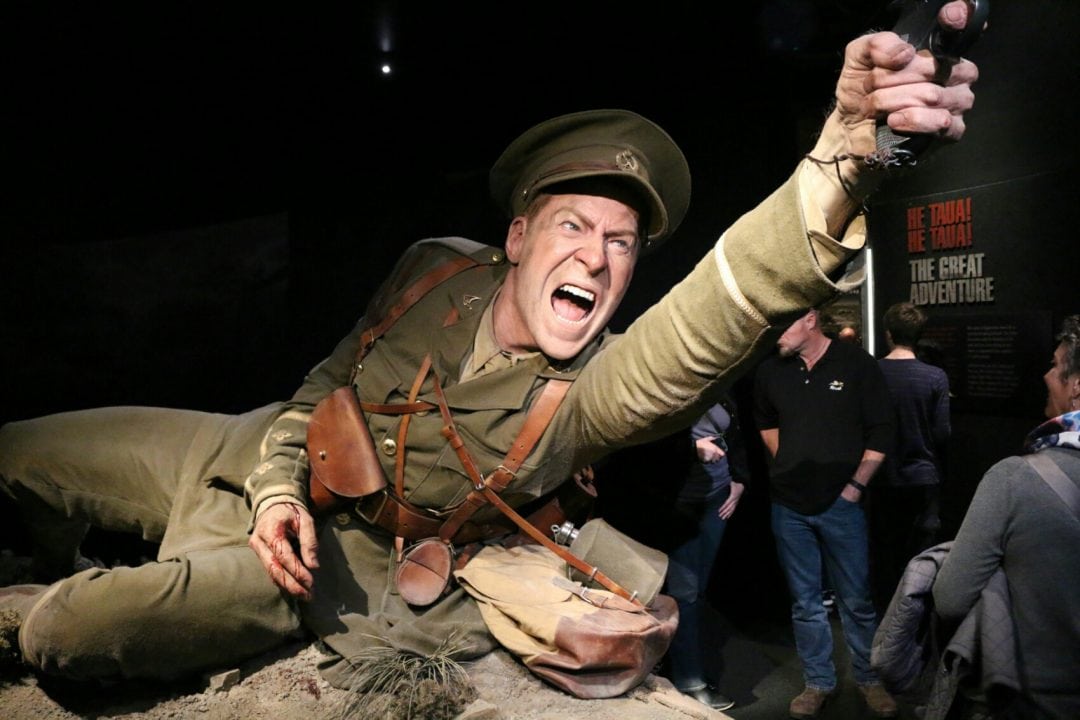 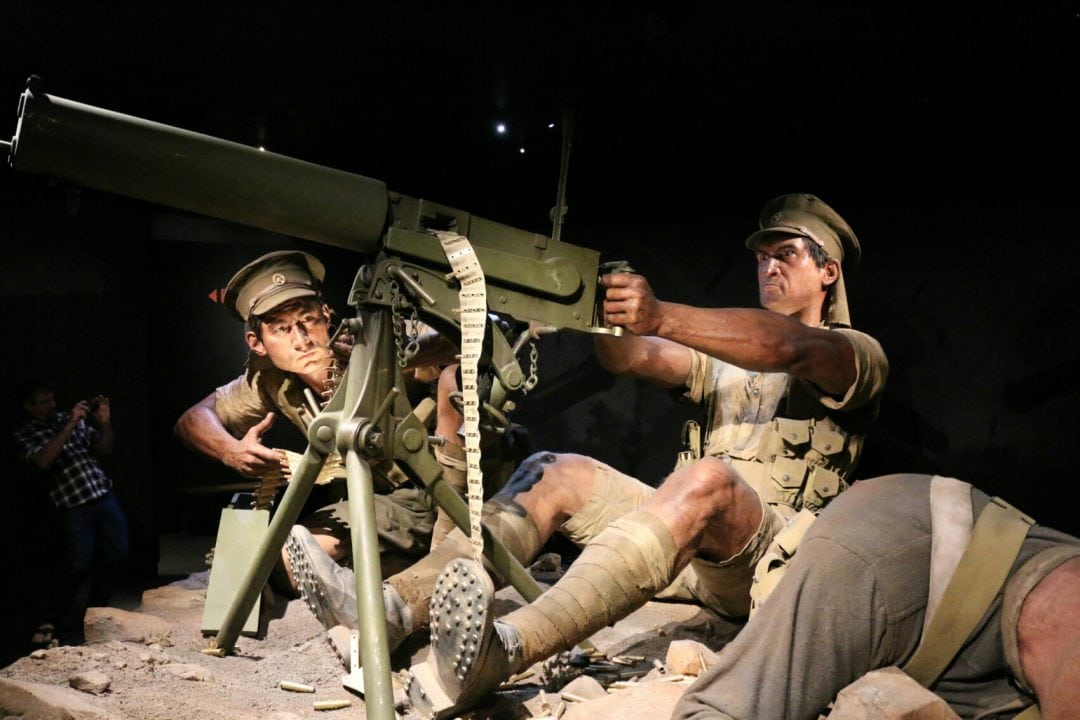 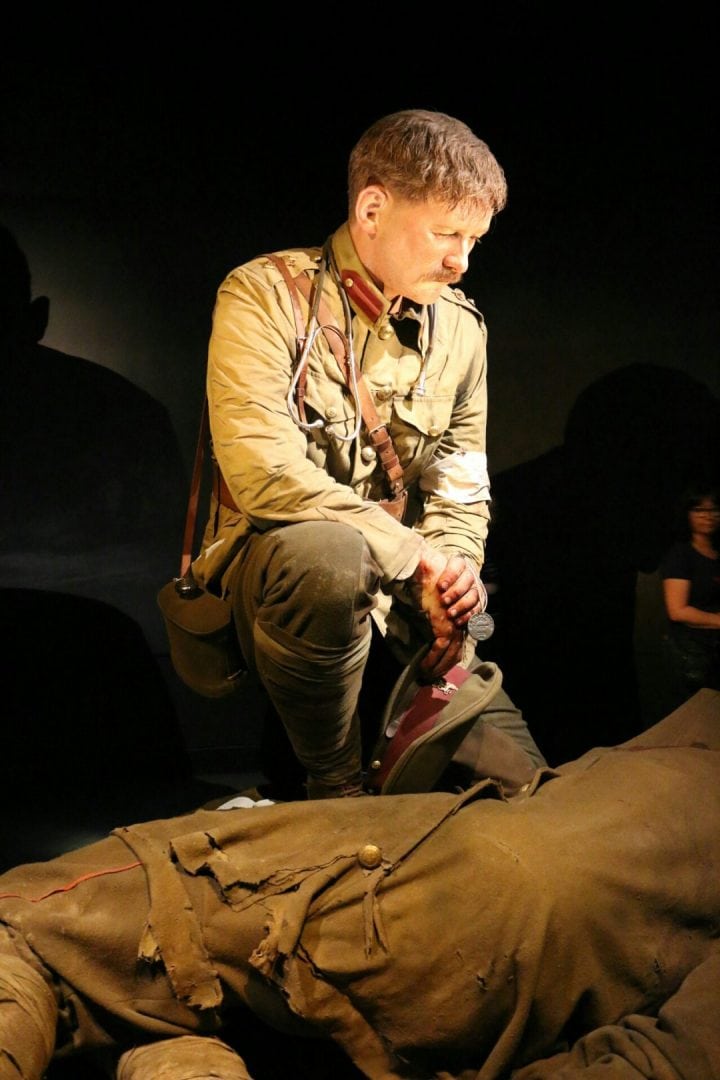 Display models about twice the scale. very life like

The main display was The Gallipoli campaign which was a time line you followed from the start to the end of the war showing the events as they happened.  The displays and king sized models of the soldiers we outstanding. 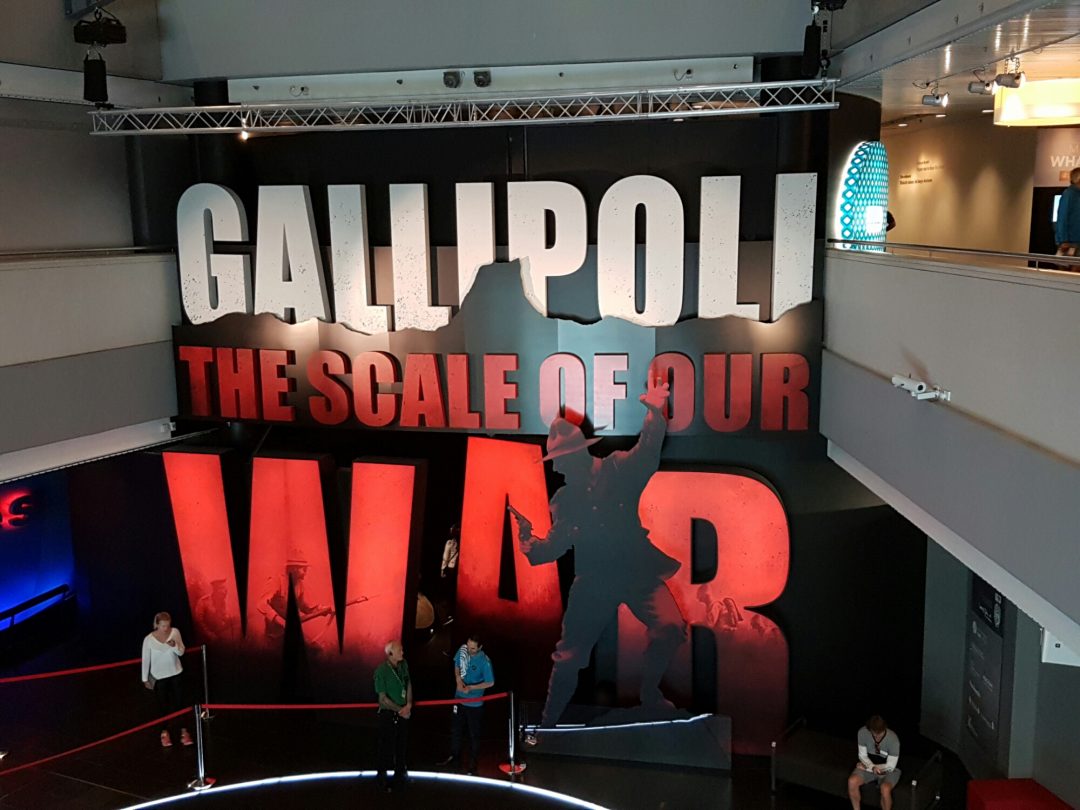 Next visit for the day was the Wellington Cable Car that once up top had views overlooking the central city and bay. 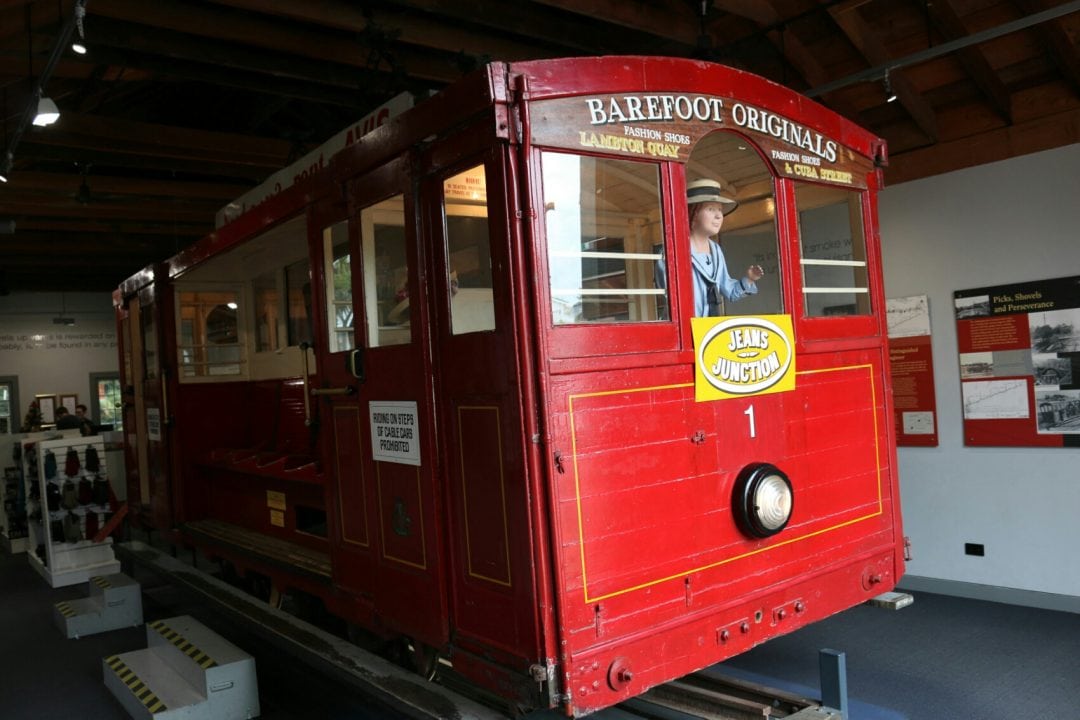 There’s a  Botanic Garden up there as well but hunger pains started to set in, we headed down to a nice food hall, Capital Market,  and had, what turned out to be a crappy Indian meal. Very plan in tasting and the chicken dish was probable left over from a week before.

Its going to be a long day, the Ferry is due to depart at 2:30am so we had plenty of time to kill. By 5 o’clock the wind started to pick up and it was getting cold so we spent the next three hours in McDonalds, Dinner, coffee, free WiFi and a place to charge up our devices.
YHA Wellington has a great service to store your backpacks while spending time in the city which cost only 2 dollars for each 6 hours and we managed to get both of our bags into one locker. The plan was to retrieve our bags before 12 hours so it would only cost four dollars. When we arrived back, we must have been over 12 hours by a couple of minutes so it cost us an extra two dollars, still cheap considering the alternative of carrying the bags about all day.