After the rains from the previous day, the tracks was muddy and progress was slow in the morning where by midday we had only done 9kms. But in the afternoon we put in the hours and finally stopped and camped for the night at 7pm.

We had to be creative with finding a spot to camp and at 7 o’clock we were eager to find a quiet spot.

Passing through a number of farmlands I had thought of camping in an old stable that would provide excellent cover from the night rain, but the problem was that it had two gates to get to it and these gates hadn’t been open for such a long time that the grass was halfway up the gate preventing it from opening.

Passing through the last section of farmland before getting to a local road, I spotted a driveway that was hidden with large trees and native vegetation. This lead to a construction site for a new building which we walked down the driveway that showed no signs of activity for a while and found our home for the night just off the driveway, well hidden from the traffic and neighbors that were about 500 meters away. Thank goodness we found this spot as latter the next morning, as we made our way back on the track, there was no where to camp for another couple of kms.

Early that day, we had many hill climbs and one in particular was hard and as we were heading uphill a car with four kids with the mother at the wheel stopped and offered us a lift to the top. We declined, well I should really say that Eunhwa declined, which was a real surprise and after five minutes when the car was long done, she relised what she said.

Now regretting her decision, we spent the next hour walking up hill with no water until we door knocked and asked for some drinking water from a nearby farmhouse.

Now, this makes me think that if we did get this lift, it would essentially save us one hour and would this got us to a better place to camp for the night, not that I’m totally unhappy where we camped. Just that we are basically camping in someone’s driveway, admittedly its a long and winding driveway and has been disused for a long time judging by the condition of the access road. 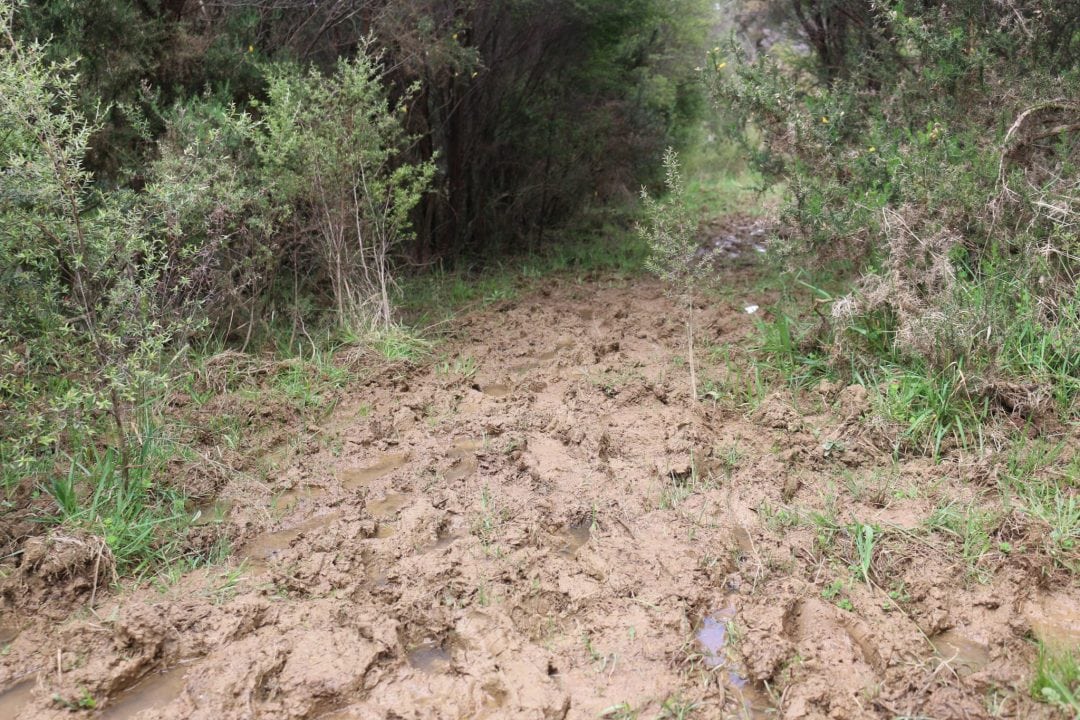