Start with a slow pace, the four of us

The drive out to the start point to avoid the river, that’s impossible to cross safety, took 30 minutes and at 8am, the four of us took off at a slow pass with Brenda following behind. 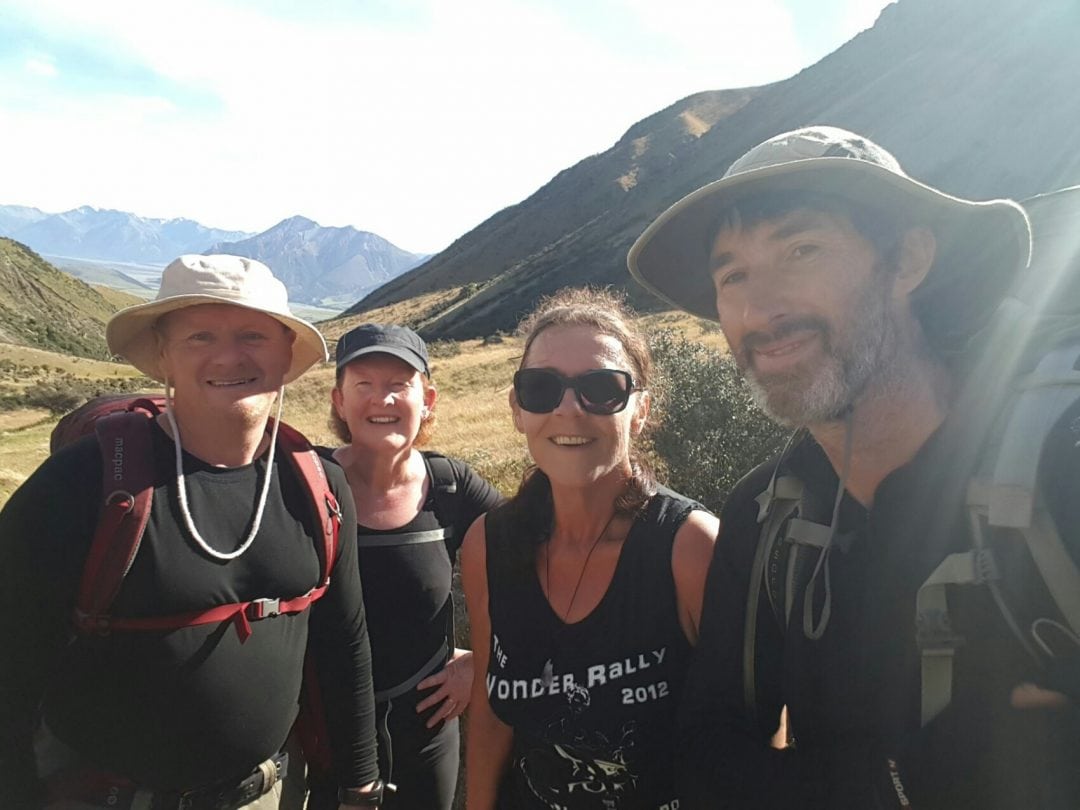 After 4 kms Tony, brenda and Jomara turned back and I was left to myself to continue my trip south towards Bluff.

Going was hard due to the heavy backpack of seven days of food, each days I know it will get lights by about 700 grams but still it’s hard work when there are steep hills to climb. 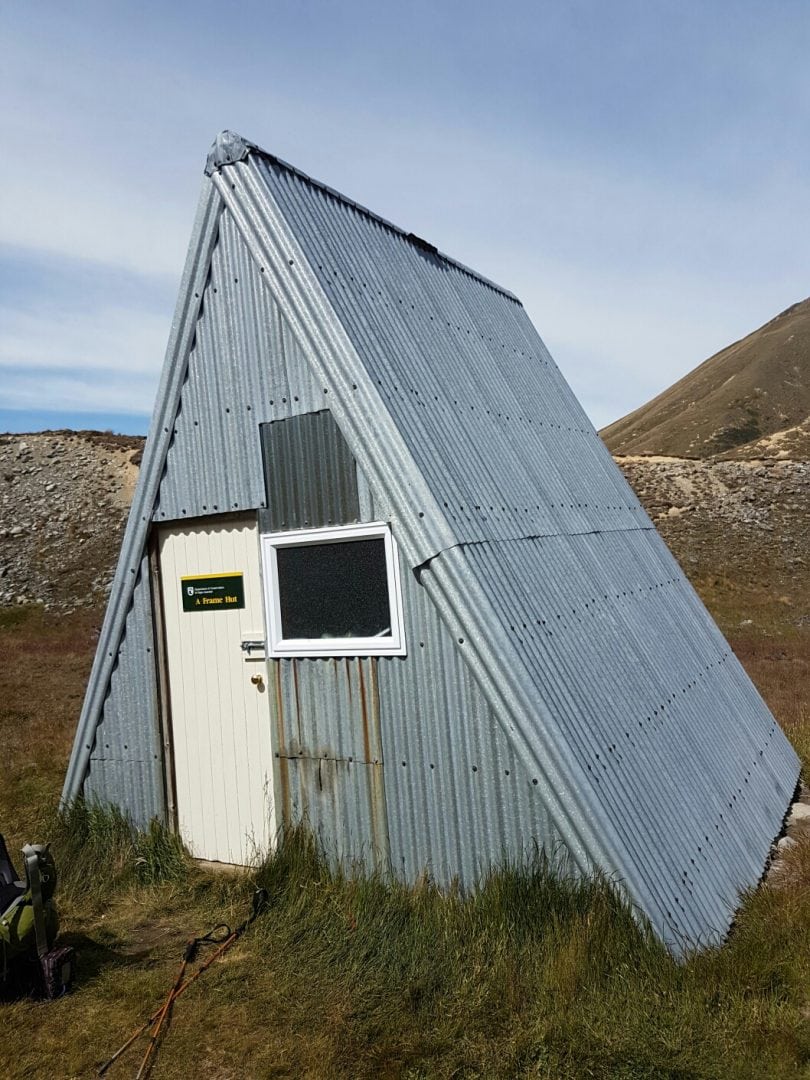 Passed a nice A frame hut along the way in really good condition that sleeps three but at 11am it’s to eary to even think of staying there for the night.

Next hut was Comyns Hut which is made of corrugation with an open fire. It’s an old hut that has charities and a welcome relief in a storm. On I marched towards Double Hill hut leaving the old hut behind with the wind whiling through the many gaps in the ceiling and walls.

From here the track was rough and unformed. It was tougher than expected with many river crossing trying to locate the red marker to tell me the way. Fortunately the river was mostly ankle deep and unlike the previous rivers the other week, was quite warm. There wasn’t a track as such, it’s was more like animal tracks going through bush shrubs and small bushes that were stiff and sharp that would pearce through my paints into my legs. 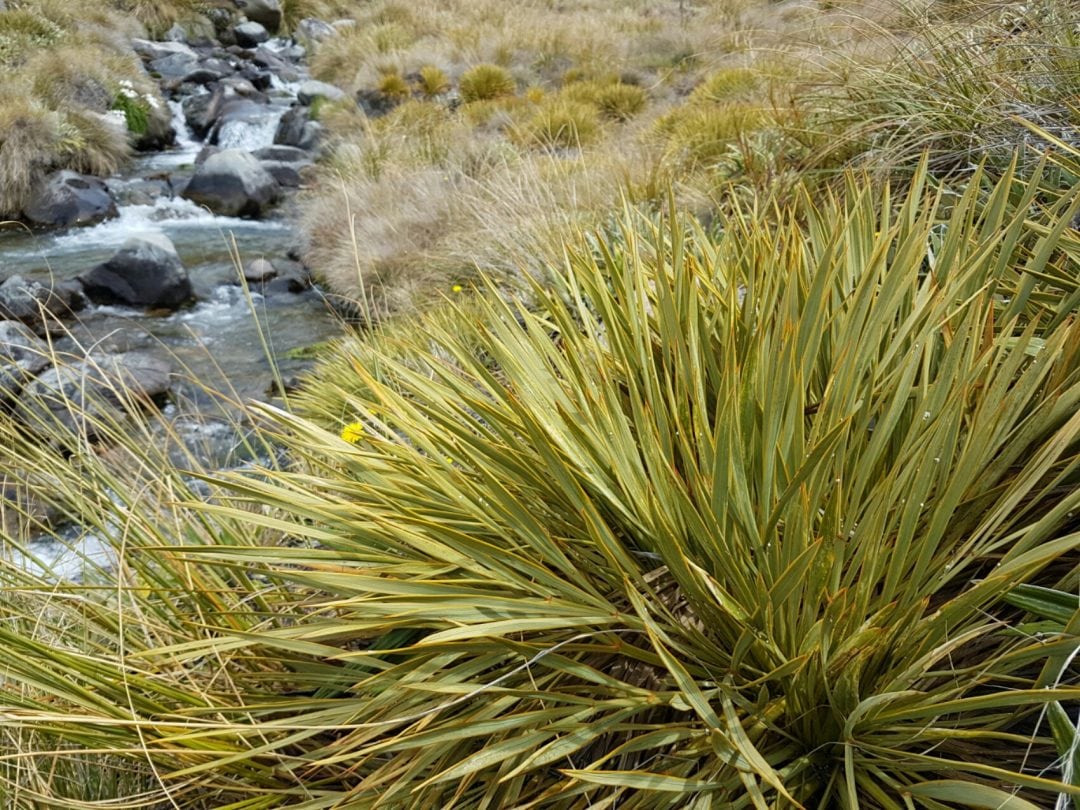