Lima to Leadore 101miles , it should take four days

Lucky lucky, the hotel owner offers CDT through-hikers a free drop off to the trail head.   Unfortunately at 7:30 it was too early to walk over to the Cafe for a hot breakfast before going on the trail for the next four days.

There were five of us, the young lady that I shared the room with, I offered to pay half of the accommodation, but she refused and said pass the kindness to another.  Then there was the guy with the double heart bypass,  I think he said he was 63 years old, I did ask him if he was concerned about having heart problems while on the track, he said that he takes it real easy, keeping the heart at a constant beat and not pushing himself. The typical ground I covered all morning but going up
Then there were two elderly woman with one of them with a trail name of slipper, a native flower, and if i heard it correct, one of them was 83 years old, wow, that’s amazing, they are not doing the whole trail, just sections when they have time off work and in this case four weeks.

Correction, the ladies were in their mid 60’s as Lindsay the lady I sheared the hotel with informed me after I emailed her.  She also crossed over the two rivers I was unable to cross just before  Yellowstone national park. Lucky her I was the first to be dropped off, the rest were heading south and I alone was north bound.  First 3 miles were easy but then for the rest of the day it involved climbing, it was really different, following the spine of the mountains up. No bush cover, exposed to the sun and at times strong gusts of wind would almost push me off the trail. The views were much better today as the last four days or so,  had been a haze on the horizon from three bush fires, as the hotel  owner informed us.

Getting to the end of the day, my goal was to do 25 miles, as it’s 100 miles to the junction for the highway heading into Leadore, my next resupply point. If I do 25 per day, it would be a simple 4 days to complete this section, which is exactly the amount of food I have, well not entirely  correct as I still have left overs from the previous  section and it’s usually the food I’m not really fond of.

Ok, what do I do, climb this final hill that would take at least 45 minutes or setup camp,  I climbed as for a change I didn’t want a hard climb first thing in the morning and besides it gets me over the required 25 miles for the day. 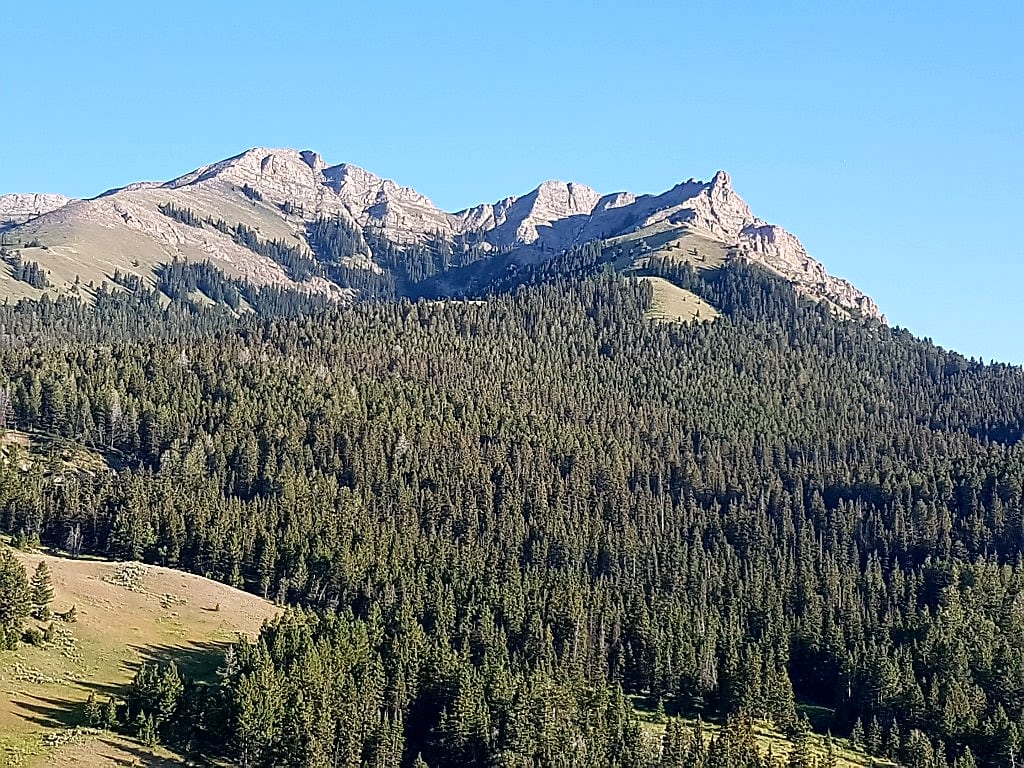