Fresh trout and a shower, paradise

Probably wasn’t such a good ideas camping so close to the stream last night, half of the tent was frosted and the outside of sleeping bag was very damp. By the time  I’d finished packing my fingers were frozen and i was thankful that  I had my down-jacket. These 5:30 starts in the morning have become a nice habit, the morning birds wake me first light and walking as the sun rises early morning I find the best time of the day.

The climb this morning was slow and hard carry extra water didn’t help as I’d be following a ridge line for the next 20 miles.

Three hours into my walk was about time for breakfast and to dry out my tent and sleeping bag.

The sun is so nice when it finally hits me 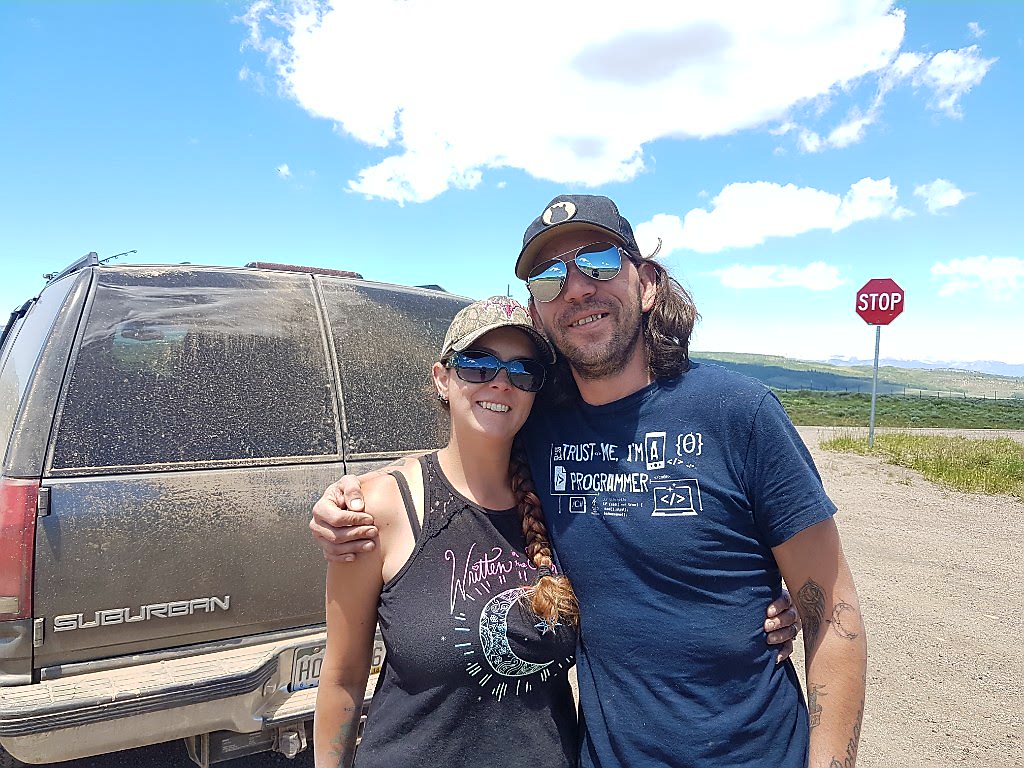 Lonnie and partner stopped and offered me a 5 mile lift to the main road, three dogs in the back but after the initial  introductions they ignored me except for what I think was a blue heeler which i was a little uneasy with. They dropped me off at the main highway intersection and insisted on giving me three trout that they caught this morning.

Next was to get a lift into Steamboat Springs where one I have to resupply, and second, visit the post office.  Third car stopped and the university student driving offered me a lift and asked if I was going to kill her.  Strange  question,  but I said I’ll put the ice axe  in the boot and in 30 minutes I was in town.  Post office, being a Saturday, closed one hour ago.  Bugger, that means I have to hang around here until Monday morning.

Just my luck, it’s a resort town which means everything is expensive where the camp was 43 dollars, a bit of complication,  i said I wanted to stay two nights and they said they need to move me on the second. So I’m not sure if I paid for one night or two and my neighbour that I shared my fish with said it cost them almost  $50 to camp here but there was two of them.

Had a shower, left my clothes in one of the 6 hand basins where I had just finished hand washing them but got busted, “we have washing machines to do your Laundry” the worker called out to me while i was in the shower.  To late all washed, but I didn’t say that. 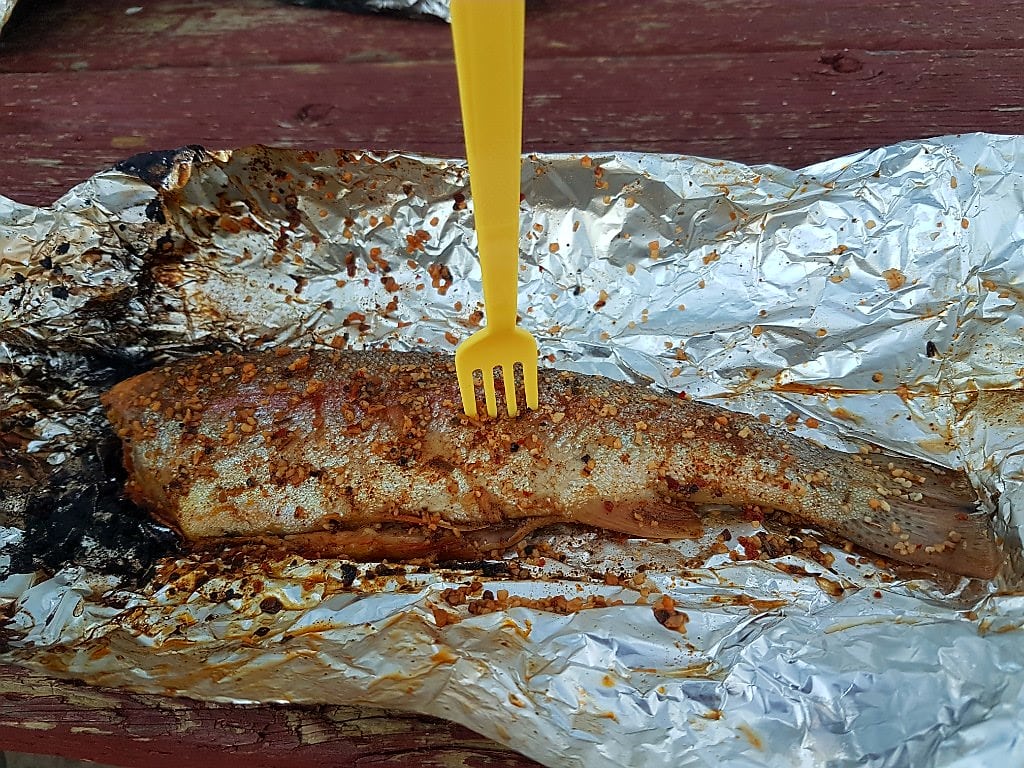 I had three fish, lucky all three of us had one each cooked over a Fire pit, they had homemade hamburgers and some vegetables so we all had a feast with a beer to wash it down.