Snow was frozen on my tent, it was almost like cardboard rolling it up, and my sleeping  bag was wet probably because I touched the side of the tent during the night, but overall I survived the night well.  But a cold morning start as the mountain was blocking the morning sun. 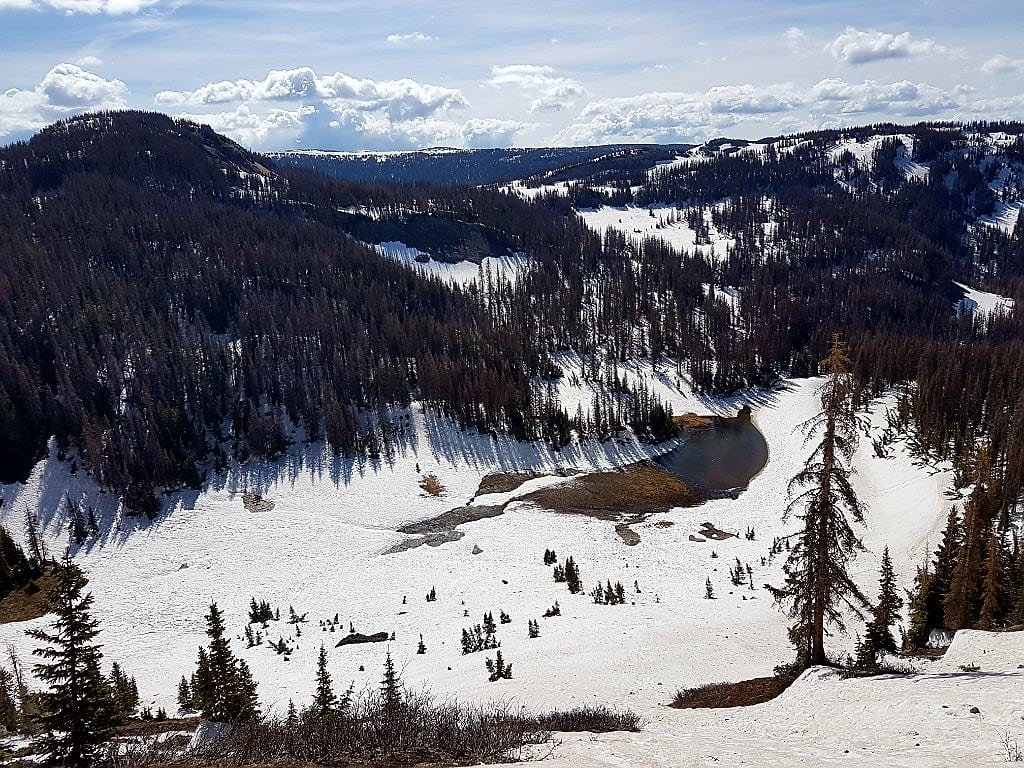 Yesterday we followed other hikers that were ahead of us which made travelling much more faster and again this morning their trail was still there.

Finally I used my ice axe  where the snow covered mountain was really steep which made for a very interesting time.  Each step was slow, digging the toes of my crampons deep into the snow and  the ice axe handle forced into the snow to provide support should I slip.  I stopped a number of times just to calm my nerves but I knew I couldn’t  stop for long as I’d wouldn’t want to carry on. Big climbs in the snow made for hard work and slow progress, it got to a point where I was starting to question myself of why I’m doing this, why put myself through so much physical pressure let alone sufferings of headache of not drinking enough water and there is always something sore on my body. It was getting late and our options of a good camp site were  dismal.  Water was the most important requirement then a suitable levelled ground.  Ken is very particular  about his camp sites.  In the past I have interfered  with his camp site selection  and it didn’t go well, so it’s his job now days.  With all the snow about, there was very little ground that could be found for our tents, however he did find a spot, not at all ideal but it had to do.

It was decided that I go and fetch  water, the stream were frozen over do I had to walk some distance before I heard water flowing, when I returned 30 minutes later  Ken was moving his tent as he put the fire pit he made to close.  There was only three spots where we could put our tents, I had one which was sloped both down and to one side with rocks all over the place. Ken relocated at the same time I was starting to setup the tent and then the rain came and in the time of setting up, everything got wet.  The fire went out where I could only see the last of the smoke and I finally made my way into my tent with mud and rain water everywhere.

The rain passed by and 30 minutes later Ken was out again relocating  his tent back to the original spot, away from rocks that protruded the ground floor that would make sleeping impossible, there he was, while I was in my sleeping bag cooking, with the type of language you would expect re-setting up his tent.