My first night in my new sleeping bag  was fantastic, I was warm and I slept very nicely. Weather wise it couldn’t have been better, we arrived on top of the mountain at 10,300 feet, was surrounded with pine trees  and snow still laying about.  It was bright with blue sky overhead and for the first time for about a week, we had dinner outside of the tent. 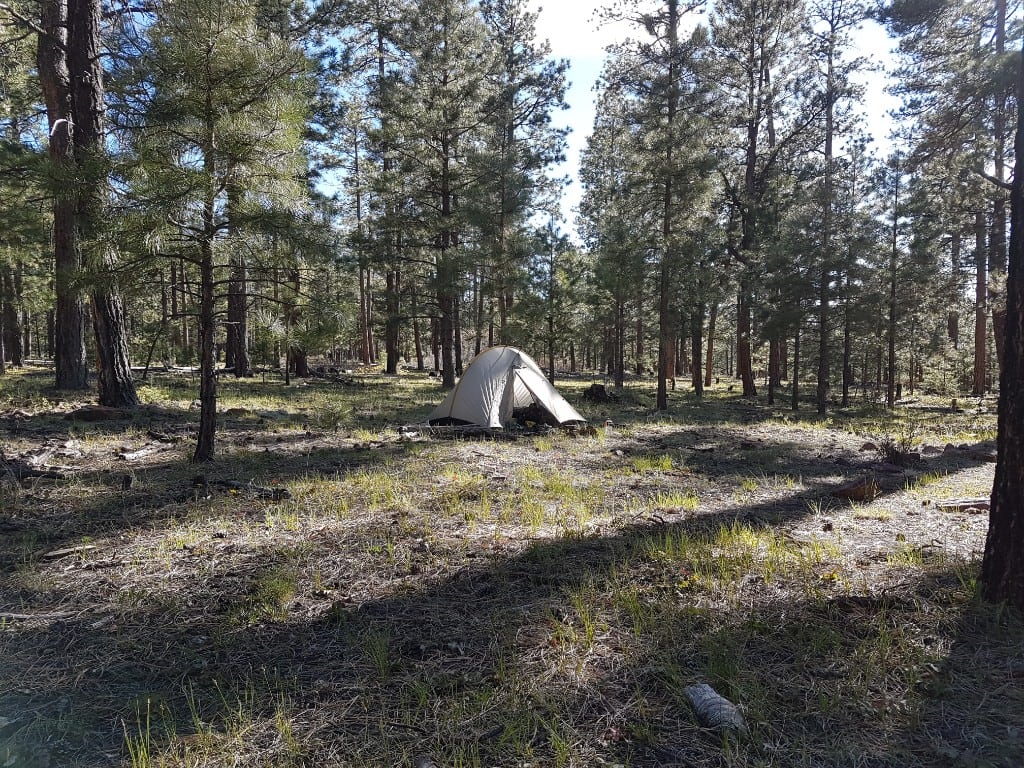 I woke up as the sun was just reaching out for my tent, I touched the wall of the tent and it was frozen from the condensation, so I just rolled over and lay there for another half an hour until Ken started to make the movements of packing up. Ken isn’t the type to just relax and do nothing, yesterday we agreed that we would start off later after a good rest or sleeping in a bit more than usual , 7:30 or maybe 8 he said. But sure enough, come 6:45 It was time to make a move.

I stayed in my new warm super sleeping bag as I got the gas cooker going with a coffee on its way.  As the inside of the tent warmed up, the ice on the tent started to melt and not long after I had drops coming down on me, and when I started to pack up and move  I’d brush up against the walls and get a little wet.

With dry socks on and yesterday’s wet socks drying on my backpack, we made our way down the mountain walking on ice puddles that had formed during the night and old snow, hard with age, crunching as we walked.
Soon the snow was all gone and we passed through an area where many trees have fallen and blocked the trail. It seemed that the trees got some sort of disease that killed or weakened them and a storm had come through and finished them off.
We stopped for water at a stream and then lost our way climbing up and over long time dead trees, this was really hard work, with some logs at the height of my waist. We had to make a new track through them till we got to the trail and the rest of the way was much easier.

Come mid afternoon we were walking without water for  couple of hours and then we came across a spring with good clean water gushing out of the ground as if it was a main pipe underground in the city that had burst. Spring water coming up from the ground

Without using a filter we cameled up and carried only a litre for our next break.
The day was very kind to us, not a cloud in the sky and when in the sun, it was very warm.

Fuertes  spring. Fresh spring water and what good timing it was.  Our goal was to do 18 miles and as it turned out the water was at 17 miles with a last mile of a climb for the day. At the water source was a large tree, it was fence off and to me it looked dead.  But with closer inspection there was a crucifix and wooden cross at its base. Maybe someone had died there or a place where something significant in the religious side of things. 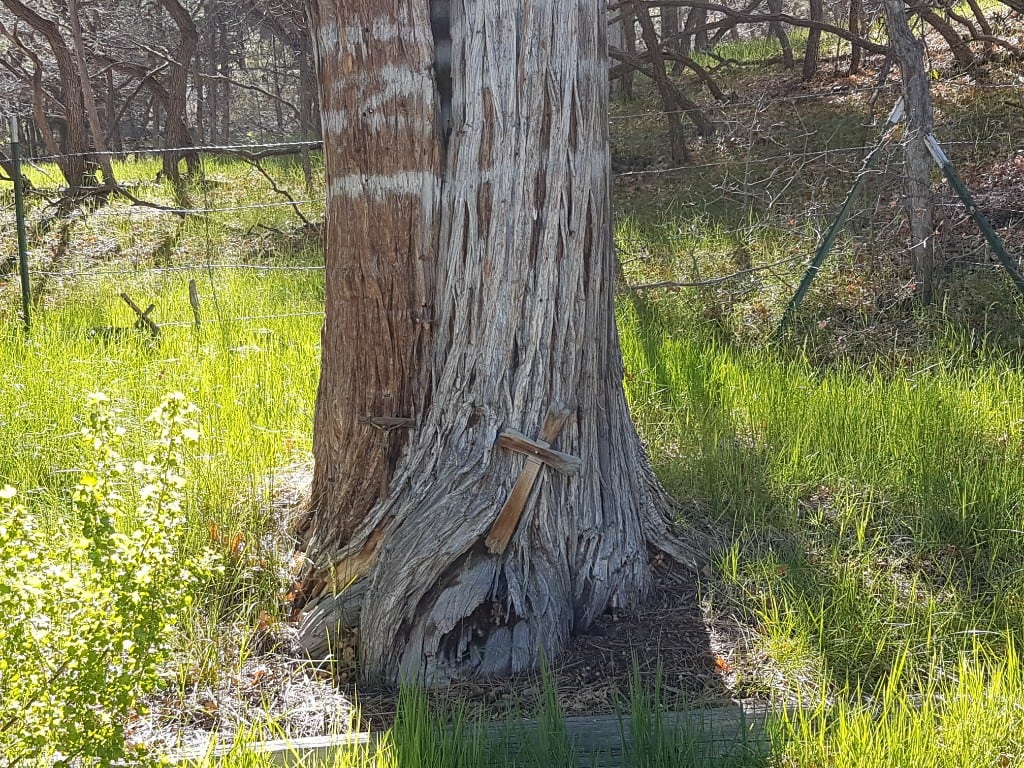