According to our maps, we follow the river on one side and crossed maybe twice in the day, so we took our shoes off and used our camp shoes, crock.  However this wasn’t to be, so we gave up and crossed the many crossing with boots and all. 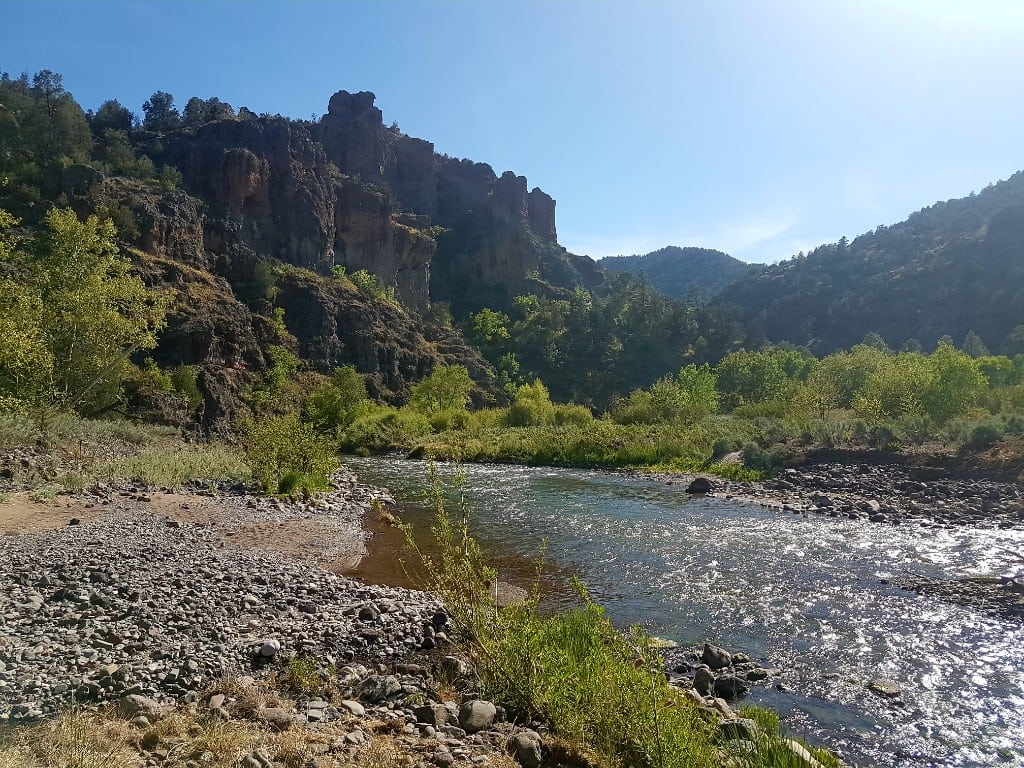 We had two options to walk this segment, the high pass which is walking in the forest with unknown  water supply along the way or this river in the Canyon.  I’m so happy that we did the Canyon option as there was no need to carry water and it’s so cool in temperature with great views of the Canyon walls. Every bend in the river gave us an other spectacular view of the Canyon with its high wall that surround us. Ken was ahead of me and all of a sudden I saw him leap backwards, a rattle snake was on the path, it didn’t rattle a warning as I have been told they do and thankfully it was just trying to get away from us.

Then only 30 minutes after that i came across my own snake which was hidden under a log that I was stepping over. This one was more colourful  with black and red bands and was only interested in getting away from me.  Ken then told me black and red you run, white and black you are ok.
The last couple of hours of the day were hard, not only physically  but the ground was difficult  and challenging.   The Canyon  began narrow and with the annual floods that wash away any paths, it was rock hopping and navigating  through all the dead vegetation that was washed down from further upstream. Finally we found an existing camp site with a fire pit with rocks surrounding it and level ground on nice soft grass.  I decided to try my skills of lighting a fire, with no matches I used my gas cooker to get the fire going and after a couple attempts  I had my pot boiling water for our traditional cappuccino.  Then wind picked up and threw the fire out of the fire pit where I had to rush around and stomp it out then douse it with water.