Back on the trail, zero day finished

There was a power cut in Leadore yesterday afternoon so the town come to a standstill. While I was sitting on the front veranda using my needle and thread to mend the many rips and tears on my pants, locals would come by and ask Sam if he also had no power.  My plan to eat at the restaurant wasn’t going to happen, I was told that they use gas to cook but I need power to make payment.  So instead Sam offered some of what his dad just made, shepherds pie.

Early wake this morning which there was no need for, it was cold and the walls of the tent were wet.  I needed to get up to charge up the batteries before heading on the trail for 9 days and after packing my gear up, Sam was there with coffee for me in hand.

Sam drove me the 16 miles back to the trail where I was two days prior, but not before we come across a Japanese South bound hiker making his way into town, trail name, snake kick, came from a time when he almost stepped on a snake but instead kicked it. Back on the trail following a fence line

I would have liked to have gone for a hot large breakfast before leaving, particularly because I didn’t have a large dinner last night, but the restaurant  didn’t open until 8am and their service is really slow.  So it was best to take a lift being offered to the trail head along a road with very infrequent traffic than having to wait much later in the day to get there. 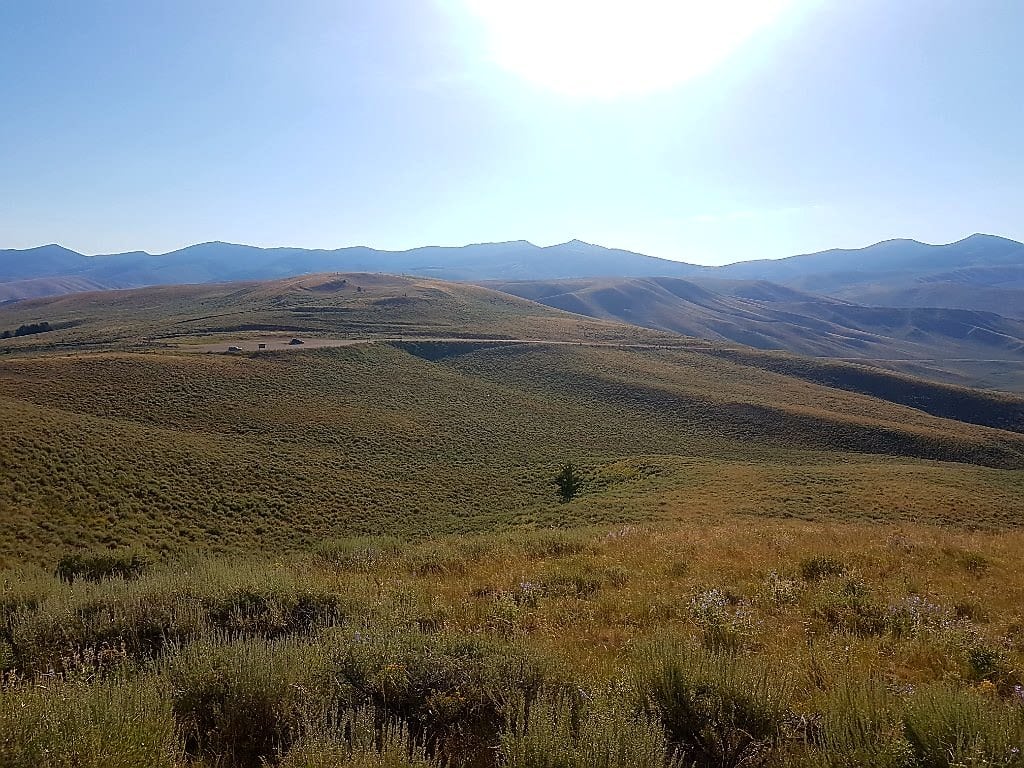 Back on the trail

Not half an hour into the days hike,and I was already off trail, again I missed the turn off but I carried along a the 4WD trail as it eventually  intersected my trial.  Along the way I passed a farmer on the horse,  as I came closer I could see that they had lassoed a calf  and while it was on the ground, the farmer was giving it a shot of antibiotics, apparently  it had an infection. Back on the trail, following a fence line for what seems to be a couple of miles, then the rest of the day was on 4WD track. 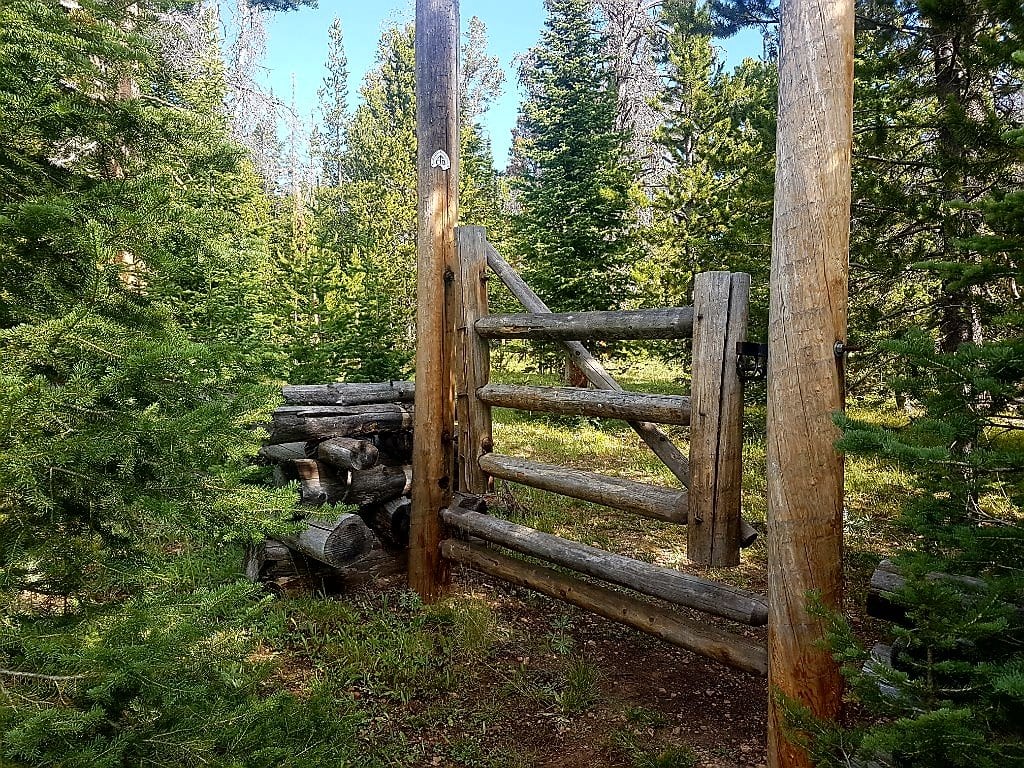 Made it at 8pm to my target camp site, in the notes it said that water was 10 minutes walk down to the left  and naturally I took the wrong left and soon had to return. Finally I got my water, clean and cold and only place to camp was back along the trail where I had come from and that was uphill, no thanks,  I camped next to the road intersection and metres from the Lemhi pass monument. 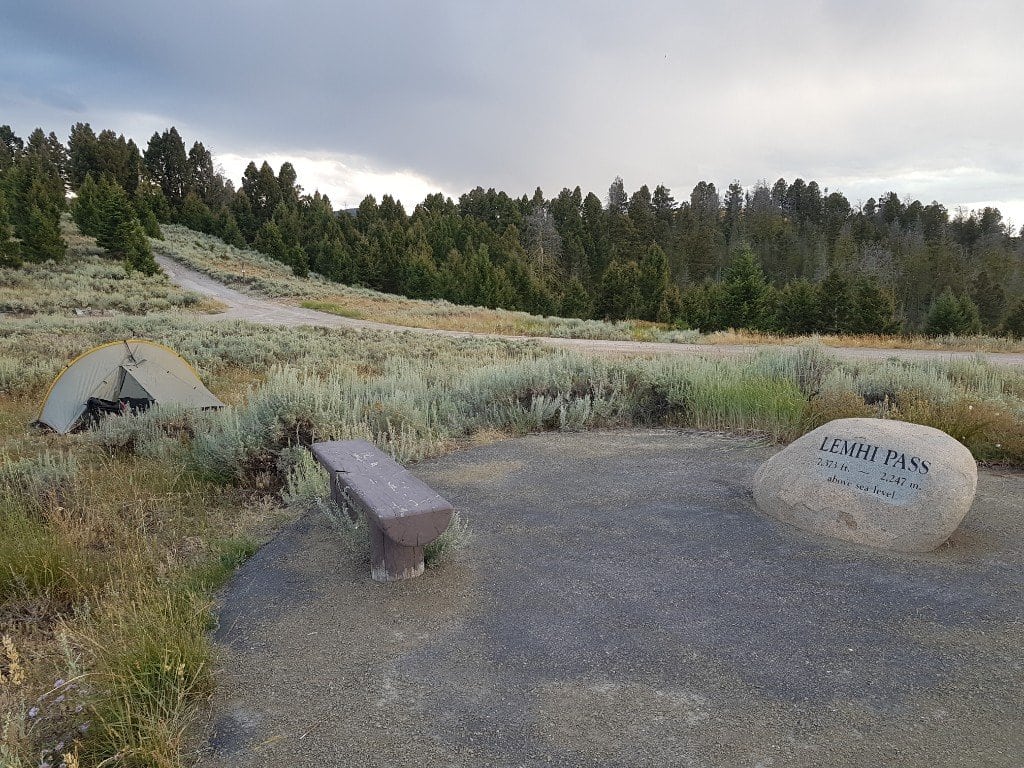 Lemhi pass monument and my tent