Cumbras Pass and Wolf Creek.
The owners of the hotel were kind enough to give us a lift into town where at 10 o’clock  we were due  to board the train.

But first we found a nice cafe and had our last coffee and special treats before heading back on the trail. 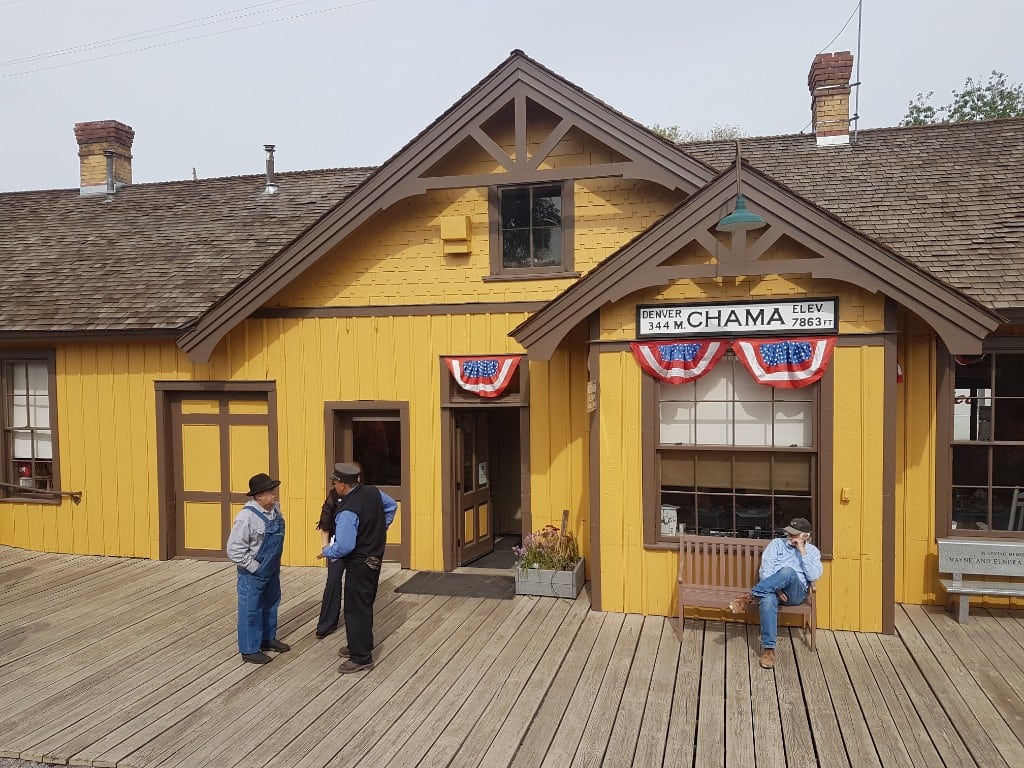 The train trip was short at only 70 minutes but during that time i felt like a kid, walking up and down the carriages,  passing the store for donuts and coffee and then onto the viewing platform where i was exposed to the element’s and at times get covered with soot from the coal fired steam engine.  Black smoke poured out from its chimney stack as it made it windy way up to Cumbras Pass from Chama, which was a 2,000 feet climb. We finally arrived at our drop off point and after watching the train and carriages pass us by,  with everyone on the train waving at us and wishing as good travel, I pulled out my phone with the GPS navigator  and found our starting point even though  the trail was under the snow. Drop off point to start back on the trail

Ken was real slow today, I stopped a few times and waited for him to catch up, what’s going on, I thought, on the snow he is much slower as he’s more cautious than I, he stopped a few times to fit his crampons onto his shoes, this takes time and as we spent half of our time on snow than on dry land, I didn’t bother at this stage with the crampons. On the train winding through the hills

However, even on the hard ground Ken  was slow but then  we came to the conclusion  that it’s the high altitude that is slowing him down.  So we are kind of thinking that after a few days or a week, we feel that he will be acclimated the the altitude and he’ll be back to being a race horse and putting pressure on me to keep up. 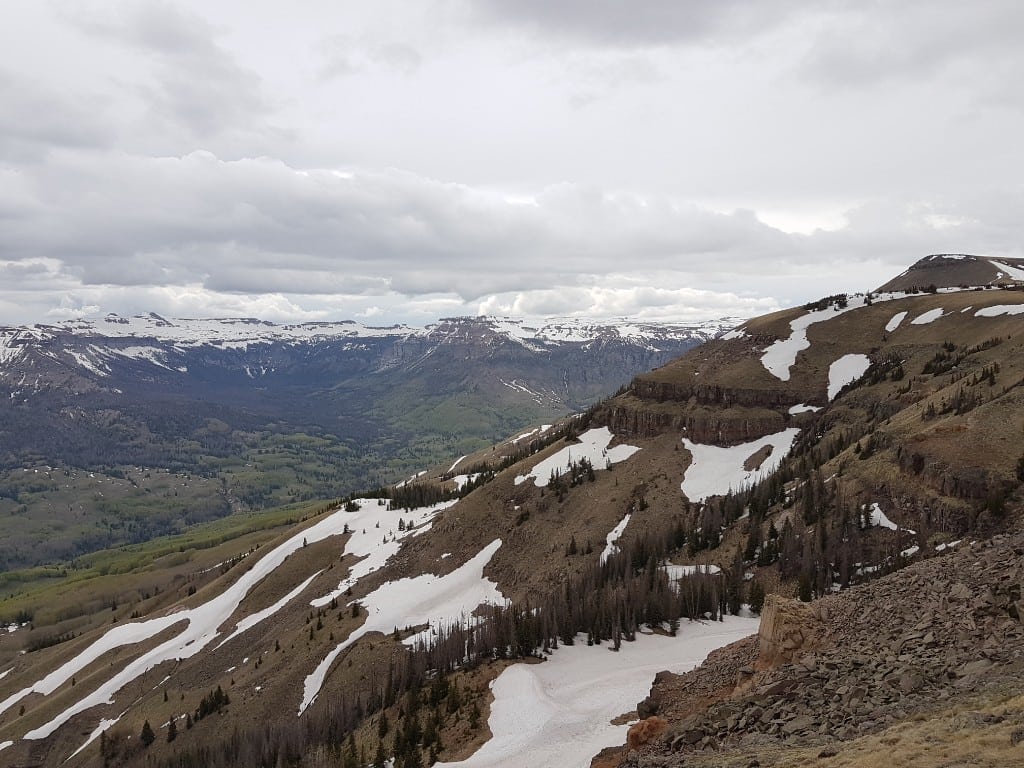 Come 6:30 in the afternoon, we just achieved  a huge climb, finally made it to the highest point for today, San Juan, at 12,200 feet. The peak hasn’t got a name on our maps, but I’m sure it has one.

Not long after we found drinking water and a place to camp, it’s cold as you would expect at this elevation so after a hot dinner , I’m now in the sleeping bag with all my clothes  on.